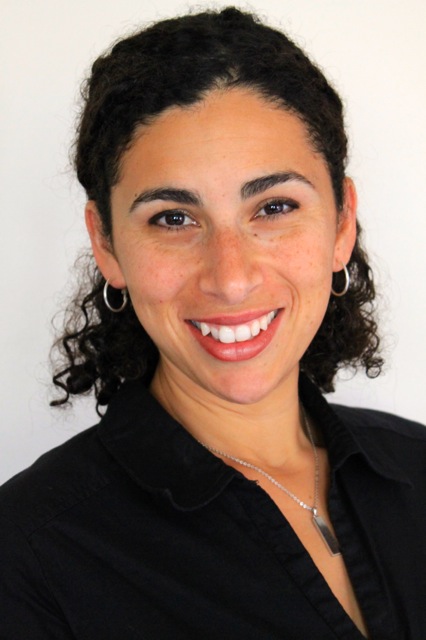 Shoshana Hebshi-Holt is a freelance writer and editor with nearly 15 years of professional experience in newspapers, magazines and nonprofit communications. sheessays published in the anthologies Bare Your Soul: The Thinking Girl's Guide to Enlightenment and Chick Ink: 40 Stories about Tattoos-And the Women Who Wear Them. Her work has also appeared in various publications, including Interfaith Family.

Shoshana hold an M.S. in Journalism and Mass Communication from Iowa State University.

Shoshana has been practicing yoga since 1999 and teaching since 2010. She began teaching coworkers during lunchtime and now teaches in various locations around northwest Ohio and southeast Michigan. Her students include teachers, retirees and athletes. Shoshana believes everyone, no matter what level of physical fitness, can benefit from including yoga in their lives. She brings a perspective of openness to her classes and to her writings about yoga. She also provides insights to poses and yoga philosophy.

As an athlete, Shoshana has seen the importance of leading an active lifestyle. From improved health to a positive outlook and mental clarity, she believes that exercise does not have to be punishing and should be fun.

Shoshana played varsity volleyball and softball in high school and has since taken up triathlon. She enjoys building her endurance through running, cycling and swimming, and also incorporates a healthy regimen of yoga to strengthen and stretch muscles.

Shoshana provides tips in her writing on fun ways to incorporate activities into your everyday life, whether it's spotting a trail to run or breaking down some strengthening moves to do at home.

Shoshana fell in love with San Francisco during a family trip the summer before her freshman year of high school. She followed her heart after college and began living in the city and working as a journalist.

During her years living in San Francisco she felt truly at "home." While temporarily on "hiatus" from life in San Francisco, she returns frequently. One of Shoshana's favorite pastimes is to provide travelers with tips on interesting places to eat and drink, parks and neighborhoods to visit, and walks to take around this incredible city.

You can learn more about Shoshana's work and freelance writing and editing services by connecting with her on LinkedIn and visiting ShoshanaHebshi.com. You can also follow her on Twitter.

Most Recent Contributions by Shoshana Hebshi-Holt

Guided meditation scripts are helpful tools to use for relaxation purposes. A script can vary in length from a word or phrase to many paragr ... Read More

You don't have to attend an aqua aerobics class in order to enjoy the many benefits of exercising in the pool. Get in the water and enjoy a ... Read More

Exercises for Doorway Poles and Bars

One of the simplest pieces of home workout equipment to purchase is a pull-up bar that can be mounted in a doorway. These bars may seem inti ... Read More

Happy Baby Yoga Pose to Loosen You Up

Sometimes you just need to be lulled and cared for. Happy Baby pose is like being rocked in a cradle and soothed from the inside out. Ananda ... Read More

How to Do Fierce Pose (or Chair Pose) Simply

Like sitting in an imaginary chair, fierce pose, or utkatasana in Sanskrit, is a powerful pose that can help build heat in the body and trai ... Read More