A young woman experiences many psychological, social, and physical changes during the adolescence period. These changes can be even more challenging when you are young and pregnant. In 2016, The Centers for Disease Control and Prevention reported 20.3 live births for every 1,000 adolescent females between the ages of 15 and 19 years old. Pregnancy results in many changes for women, but just how does it affect the life of a young mother?

There are many effects of teen pregnancy. You will experience intense emotions as soon as you realize you have missed your period. Emotions may start out as confusion, fear, excitement, frustration, and resentment. As you try to figure out how you feel about being pregnant, how you will tell your parents, and what you will tell the father of the baby, you may become overwhelmed. There are many choices to make early on in pregnancy, and many young women may not be ready to face some of these tough decisions. Some pregnant teens are so overwhelmed they may become depressed.

Consequences of teenage pregnancy may include depression. A 2016 study published in The American Journal of Maternal/Child Nursing indicated symptoms of depression were 2 to 4 times higher in teen mothers when compared to their childless peers. High levels of depression can greatly impact the interaction between mother and infant and can even affect the child's cognitive and emotional development.

Despite experiencing a high level of stress, teenage mothers rarely seek assistance for mental health concerns. Some of the barriers to treatment include:

As a pregnant teen, you may receive less support from your peers and the father of your child. You may also experience more discrimination and shaming from those around you. 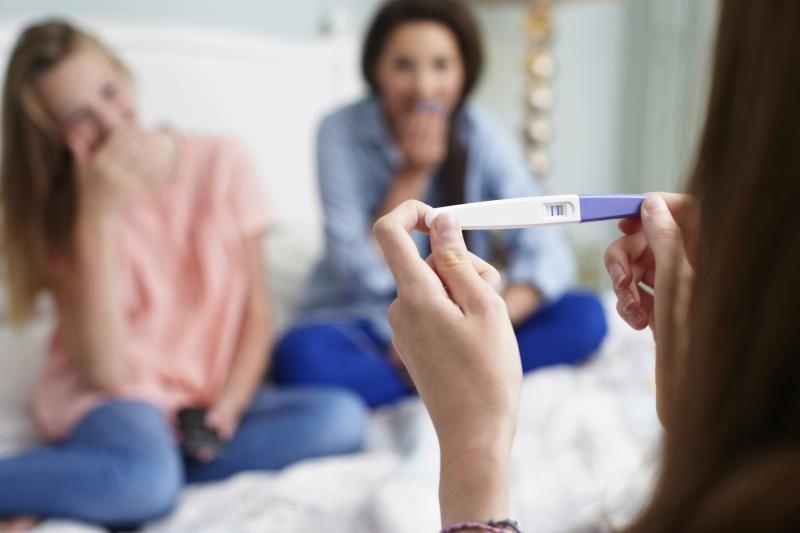 As teen mom, you are at higher risk for living in poverty because parenthood may interfere with your ability to complete your education and as a result, you may have to rely on public assistance to make ends meet. 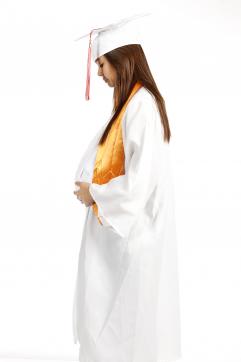 There are number factors that put you at a higher risk for poor pregnancy and birth outcomes. The April 2015 Journal of Pediatric and Adolescent Gynecology reported young women were more likely to experience:

Additionally, teenage mothers under the age of 16 were two times more likely to have a forceps delivery as compared to women aged 20 to 24.

Someone To Talk To

Experts at Planned Parenthood can help you with your pregnancy concerns. Call their hotline at 1-800-230-7526.

The OptionLine can connect you with a local pregnancy center that provides many pregnancy related services for free. You can also call the hotline at 1-800-712-4357 to speak with someone about your pregnancy concerns.

As a young woman, you may have difficulty adjusting to your pregnancy. The emotional, social, economic and, physical changes you experience will impact your life and the course of your child's life but the experts and resources available will help you make informed decisions.

Related & Popular
Perfect Poems for Expecting Parents
By Kelly Roper
Baby Gender Pencil Test
By Dana Hinders
How Can You Tell the Difference Between Stomach Flu and Morning Sickness?
By Dr. Vilma Ruddock
Calculating Your Approximate Conception Date
By Beth Asaff
Pregnancy Chances and Risks After Endometrial Ablation
By Dr. Vilma Ruddock
Free and Low-Cost DNA Paternity Testing
By Julie Kirk
Wedding Ring Gender Test
By Jessica Gomez
Can Pregnancy Affect Orgasms?
By Dr. Vilma Ruddock
29 Truly Thoughtful Gifts for Pregnant Women
By Amy Finley
FDA Advice on Tylenol PM During Pregnancy
By Julie Kirk
Using the Chinese Calendar to Conceive a Boy or a Girl
By Gabrielle Applebury
How to Feel Your Uterus in Early Pregnancy
By Dr. Vilma Ruddock
World's Biggest Pregnant Belly
By Myrrh Hector
Belly Test to Determine the Gender of a Baby
By Ella Rain
Birth Control Patch Effectiveness, Cost and Cautions
By Jeannie Randall
Tips for Choosing the Ideal Ob/Gyn
By Holly Swanson
© 2022 LoveToKnow Media. All rights reserved.
How Does Being Pregnant Affect a Teenage Mother?