Natural family planning is an option for women who want to avoid getting pregnant without using artificial forms of birth control. The method relies on keeping track of events that change during the fertile days of the menstrual cycle close to ovulation. It also helps women who are trying to conceive to ensure they have intercourse when they are most fertile.

What Is Natural Family Planning?

Natural family planning uses one or more fertility awareness methods to predict the days of peak fertility around ovulation. By close observation, women who want to prevent pregnancy by natural means can know which days to avoid intercourse each menstrual cycle. This family planning method is based on:

According to a 1995 study in the New England Journal of Medicine, women are most likely to conceive if they have intercourse during the five days before and on the day of ovulation - the six days of the so-called fertile window. To be safe, continue to avoid sex for two to three days after any method of estimated day of ovulation.

The fertility awareness methods of natural family planning include tracking changes in the cervical mucus, physical changes in the cervix, basal body temperature, and estimating the fertile window based on menstrual cycle lengths. Easy training by medical personnel or online instruction will improve your confidence in monitoring these signs. 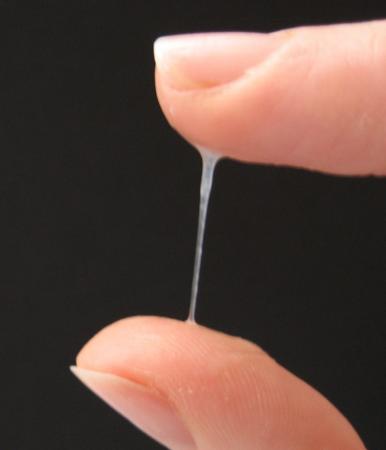 A study reported in 1990 in Family Planning Perspective found that, if done accurately, this method has only a 3.1 percent risk of pregnancy.

With the TwoDay cervical mucus method, you also check mucus daily, but you focus on the presence of mucus secretions on two days.

A 2004 Fertility and Sterility study found that the TwoDay method was accurate in identifying the fertile days of the cycle 96 percent of the time.

Physical Changes in the Cervix

For most of the menstrual cycle, your cervix is firm (feels like the tip of your nose), the opening is narrow, and you can reach your cervix when you insert a finger in your vagina. Three physical changes helps you to identify your approaching ovulation:

When you start to detect these changes, your fertile time begins and ends when your cervix gets firm, closed, and sits lower in your vagina. This is not an easy fertility method to master but if you practice every day, you can improve your skill at detecting these changes in your cervix. 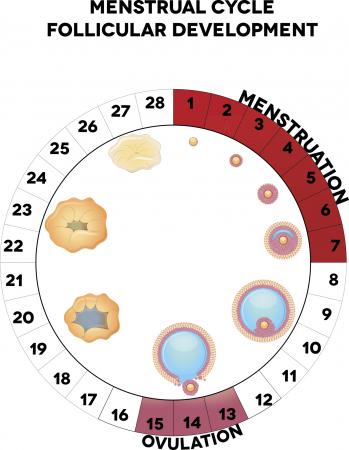 If done right, the standards days method is at least 95.2 percent effective in preventing pregnancy according to a study published in 2002 in Contraception. You can use color-coded CycleBeads® on a string to help you keep track of your cycle. There is also a CycleBeads iTunes mobile app that simplifies tracking your standard fertile days.

The calendar-based fertility awareness method is based on keeping track of your menstrual cycle lengths over several cycles to calculate the range of your fertile window:

The following information will help you estimate the day you likely ovulate in a cycle and understand how the method works. For the best data, chart your BBT over at least three menstrual cycles or more to see your pattern of ovulation.

Because your BBT rise doesn't happen until after ovulation, you cannot use this method to help you know when to avoid sex during the current cycle. However, if your cycles are regular, the BBT charting will give you an idea when you might expect to ovulate during the following menstrual cycles and when to avoid sex. 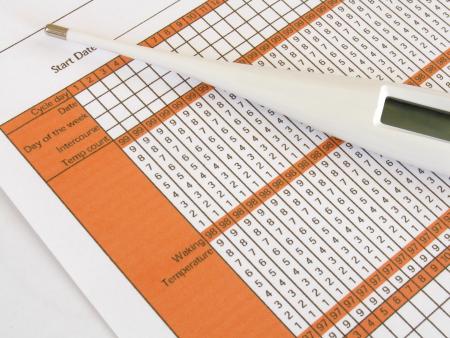 Combining the BBT method with other fertility awareness methods improves the accuracy of estimating the days you are most fertile. The so-called symptothermal method combines the BBT method with the cervical mucus method as one natural family planning method. A 2007 study in Human Reproduction found the combination is 99.4 percent effective in preventing pregnancy

You can also combine the BBT method with the TwoDay cervical mucus method, or with the Standard Days method. Matching up the rise in your BBT with your other methods on a chart will improve your estimation of the timing of ovulation. For example, you should see your most fertile mucus a day or two before your temperature shifts above 98 degrees Fahrenheit.

There are a variety of ways to record and keep track of your information including using an ordinary paper or a digital calendar or fertility charts. Recording all your fertility signs on one chart makes it easier to see the pattern of when you are most fertile.

This printable LoveToKnow natural family planning chart is an efficient way to record all your fertility awareness observations and keep track of the length of menstrual cycles. Click on the image to download, save, and print the PDF file. Follow these instructions if you need help with downloading Adobe PDF files. 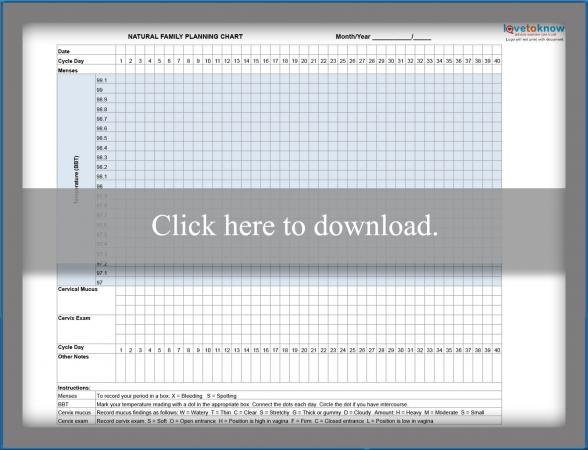 To use the family planning chart:

There are useful digital fertility apps available you can use to record your observations and keep track of your fertile days. Options include the following.

These apps are convenient for charting and displaying your information. However, to estimate the days your are fertile, it is important to rely mainly on your personal observations and not solely on any calculations made by an app.

Natural family planning is a valuable birth control method for many women, especially those in developing countries who are without access to other forms of contraception. It also benefits women whose religions oppose artificial forms of birth control. Women who want to get pregnant can also use the method to make sure they have intercourse during the most fertile days of their menstrual cycle.

Related & Popular
Natural Ways to Increase Fertility
By Lynsey Keep, RN
Basal Body Temperature Record Forms
By Karen Frazier
How to Make and Use an Ovulation Chart
By Beth S, M.D.
7 Great Sources for a Free Fertility Calendar
By Beth S, M.D.
Benefits and Drawbacks of All Natural Birth Control Pills
By Lovetoknow
Printable Birth Announcements
By Kelly Roper
Perfect Poems for Expecting Parents
By Kelly Roper
Why Pregnancy Ultrasounds Are So Important
By Dominique W. Brooks, M.D.
How Long Does Normal Implantation Bleeding Last?
By Dr. Vilma Ruddock
How to Use a Conception Date Calculator
By Dr. Vilma Ruddock
Choosing the Right Pregnancy Pillow for You
By Dr. Vilma Ruddock
Facts About Caffeine and Pregnancy
By Del Sandeen
46 and Having a Baby
By Julie Kirk
6 Earliest Signs of a Twin Pregnancy
By Dr. Vilma Ruddock
Pregnancy Spells
By Sally Painter
Options for Unwanted Pregnancy
By Gabrielle Applebury
© 2022 LoveToKnow Media. All rights reserved.
7 Natural Family Planning Methods and a Printable Chart