You've probably heard vitamin C is good for you, but do you know why? This essential nutrient is in the news regularly, but there are many misconceptions about it.

Vitamin C is also known as ascorbic acid. It is a water soluble vitamin.

Hungarian biochemist Dr. Albert Szent-Gyorgi first isolated vitamin C in 1928. He isolated the vitamin from the adrenals of animals as part of ongoing research on the chemistry of cell respiration. Later, he noted paprika was a good source of the vitamin he had discovered.

Functions in the Body

According to an article in a 2010 issue of Nature Education, humans and other primates, as well as bats and Guinea pigs don't have the ability to produce vitamin C by biosynthesizing it from glucose, but other animals can. Other interesting facts on the biology of vitamin C include: 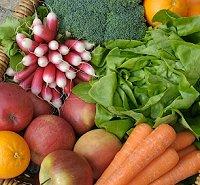 Vitamin C has many sources.

Vitamin C is relatively abundant and can be found in most fruits and vegetables. Foods high in vitamin C include:

Several types of meat also contain small amounts of Vitamin C, most notably liver and oysters, and it can be found in different types of milk, including human breast milk.

Different health advisory boards disagree on the optimum daily dosage of Vitamin C for healthy adults. Recommended guidelines vary from 40 milligrams to 1,000 milligrams, though larger doses should be broken up throughout the day to ease absorption. According to the Mayo Clinic:

For individuals who do not get enough Vitamin C through their regular diets, the nutrient is available in a wide range of supplemental forms, including capsules, tablets, drink powders, and lozenges, along with wide spectrum multivitamins. In fact, Vitamin C is the most widely taken supplement in the world, and it is often added to fortified cereals, drinks, and breads as well.

At the same time, overdosing on Vitamin C can produce unhealthy side effects such as diarrhea, nausea, insomnia, and headaches. Different individuals may develop these symptoms at different dosage levels based on the rate of absorption of the nutrient.

Some of the most interesting facts about Vitamin C relate to its nearly universal benefits for overall good health. In addition to its body maintenance properties, Vitamin C has a wide range of additional health benefits, including:

With such a wide range of health benefits, large doses of Vitamin C have been used as part of experimental treatments for different terminal cancers, AIDS, and other diseases.

If you eat a healthy and varied diet containing an array of fruits and vegetables, it is unlikely you will become deficient in vitamin C. However, according to the Office of Dietary Supplements, certain people may be more at risk of vitamin C deficiency than others including:

People suffering from a severe deficiency of vitamin C may develop a condition called scurvy. While it is rare in the modern United States, some people may be more prone to it including:

Historically, scurvy was observed among sailors in the 16th and 17th centuries. They went long stretches without eating fresh fruits and vegetables. Scurvy symptoms include:

Vitamin C and the Common Cold

Many individuals regularly increase their Vitamin C intake to combat the common cold. According to the Mayo Clinic:

Other interesting vitamin C facts include:

Vitamin C is essential for your health, and the best way to get it is through the foods you eat. Talk with your doctor before supplementing vitamin C to ensure you find the dosage correct for you.