Like many other weight loss supplements, Hydroxycut used to contain ephedra. During the time it did, serious heart-related side effects were reported. Since then, the FDA banned the use of ephedra, and the makers of Hydroxycut removed it from the formula, eliminating the most serious side effects. Still, some side effects are possible with any medicine, herb, or supplement, and Hydroxycut is no different.

Some users on weight loss forums and message boards report feeling restless while taking Hydroxycut. While extra energy in the daytime hours is a positive and may help you burn more calories, restlessness at night can be problematic. This restlessness and difficulty sleeping is likely due to the caffeine content of the drug. This problem may be exacerbated you consume additional caffeine while taking it. To avoid insomnia and nighttime wakefulness, do not take Hydroxycut in the evening and decrease intake of other forms of caffeine.

Users also report feeling anxious, nervous, and jittery, more problems that can be attributed to caffeine. To minimize the risk of this side effect, start at the smallest recommended dose and progress as needed. Starting at a higher dose could give your body more caffeine that in can comfortably handle. 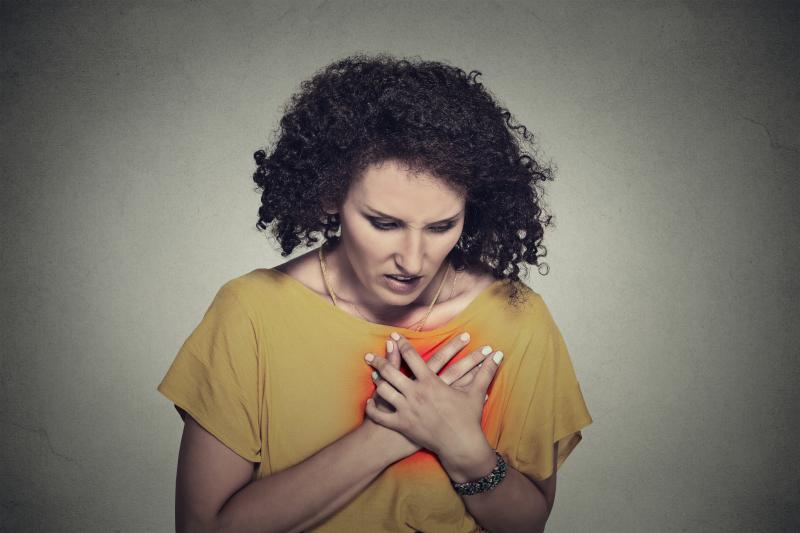 Heart palpitations and skipping beats are some of the most bothersome and worrisome medical side effects of Hydroxycut. Since ephedra has been removed, these side effects are a suggested result of increased caffeine. Caffeine is, after all, a stimulant. You should consult with your doctor if you experience heart-related side effects such as:

A 2017 case report of a 37-year-old patient suggested an association between Hydroxycut Hardcore and cardiac arrest, symptoms of which resolved after the discontinuation of the supplement.

Headaches are a common complaint with users of Hydroxycut and are most prevalent the first few days on the supplement. Some people experience slightly elevated blood pressure while taking Hydroxycut, and that can cause headaches. If headaches do not go away, check with a doctor or stop taking the supplement.

A 2012 case study suggested a correlation between Hydroxycut usage and ischemic colitis development in one patient. Ischemic colitis is a diminished or loss of blood flow to the colon, which can cause pain and damage to the colon.

While the above are the most common reported side effects, there are others:

On May 1, 2009, the Food and Drug Administration (FDA) issued a warning to consumers to stop taking all products sold under the Hydroxycut name. Fourteen products manufactured by Iovate Health Sciences Inc. were recalled after the warning was issued. The FDA received 23 reports of people experiencing liver failure or liver damage after taking Hydroxcut products. Symptoms of liver problems include jaundice (yellowing of the skin and the whites of the eyes), vomiting, fatigue, stomach pain, and weakness. Anyone taking Hydroxcut and concerned about side effects or symptoms should consult a physician immediately.

The complete statement from the FDA is no long available. Since then however, Hydroxycut reconstructed their ingredient formula and re-released the supplement.

Hydroxycut is a thermogenic weight loss supplement that promises to raise the body's metabolism, resulting in faster fat burning and weight loss. According to the maker of the product, Muscle Tech, in conjunction with diet and exercise, Hydroxycut helps users lose weight faster than diet and exercise alone.

Side effects can accompany supplement due to its ingredients, making it important to know the components of Hydroxycut. Hydroxycut comes in different varieties, however Hyroxycut Pro Clinical is one of the most common supplement. This pill contains Robusta coffee extract, Carica papaya, Rubus fruticosus or blackberry, saffron extract, caffeine anhydrous, maqui or a berry, and amla extract and calcium. Check the Hydroxycut website for other product ingredients.

If you are allergic or sensitive to any of the ingredients, you should not take Hydroxycut.

Avoiding the Side Effects

To minimize the risk of caffeine-related side effects, limit caffeine consumption while taking Hydroxycut. To do this, switch to decaffeinated coffee or tea and choose water over soda, or eschew the coffee, tea, and soda altogether. Another option is to take the caffeine-free version of the supplement. While you will lose some of the stimulant benefits, you'll also reduce the possibility of nervousness, anxiety, shakiness, rapid heartbeat, and insomnia.

As with any medication or supplement, if you experience side effects speak with a medical professional.