Knowing the causes of vitamin D deficiency is the best way to prevent it. The fat-soluble nutrient plays a key role in many body processes, including tissue building and immune function, so it is extremely important you get adequate amounts of the vitamin.

The Office of Dietary Supplements recommendation adults get between 600 to 800 IU of vitamin D daily. You can obtain the vitamin from sunshine, certain foods that naturally contain it, fortified foods, and supplementation. Many people, however, are deficient in vitamin D. Such deficiency has many causes.

According to Women to Women, stress can disrupt vitamin D receptors, leading to deficiency. If you are under a lot of pressure at work or at home, your vitamin D levels could be low.

Avoiding fruits, vegetables and dairy products is one of the major culprits of low vitamin D. Fortified foods often contain vitamin D, particularly milk and cereals. This is because vitamin D isn't plentiful from many food sources. If you don't eat dairy or fortified cereals, you may be at risk for vitamin D deficiency.

Being a vegan may lead to vitamin D deficiency. This is because many of the foods that naturally contain vitamin D or are fortified with it, such as dairy products, are absent from the vegan diet. 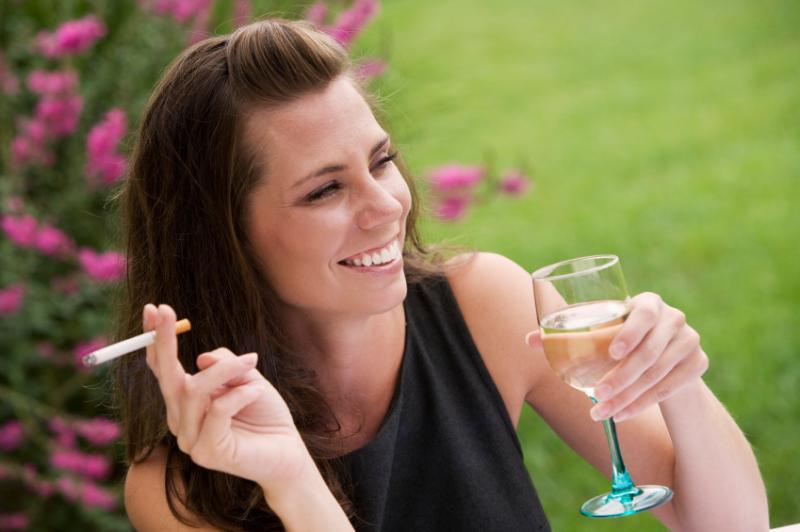 Alcoholism that leads to cirrhosis of the liver may cause a vitamin D deficiency, according to one study. The study found that greater liver damage related to more severe deficiencies.

A study published in the European Journal of Clinical Nutrition showed that smokers tend to have a diet deficient in vitamin D. This study indicated that there was a correlation between smoking and vitamin D deficiency, but it did not propose that smoking caused the deficiency.

Sunlight is humans' most consistent source of vitamin D, according to American Journal of Clinical Nutrition. Therefore, one of the major causes of vitamin D deficiency is lack of sunshine. In fact, in the past decade, incidents of vitamin D deficiency have increased. Some researchers speculate this is due to the fact that people are spending more time indoors. The social network has taken the place of the park.

The risks increase if you live in northern latitudes. According to a 2002 study at the Boston Medical Center, by the end of one winter, 32 percent of students and doctors, aged 18 to 29 years, were vitamin D deficient. Wearing sunscreen every time you go outdoors can also contribute to vitamin D deficiency. Just 20 minutes in the sunshine a few days per week without sunscreen may be sufficient to prevent deficiency.

Vitamin D deficiencies may have a genetic basis. According to the Linus Pauling Institute, people with darker skin may be at risk for vitamin D deficiency. The skin of dark-skinned individuals contains high amounts of melanin. Melanin can interfere with your body's ability to make vitamin D.

Hereditary disorders of the digestive tract can impact how your body absorbs vitamin D and other nutrients, according to one study. Celiac disease, for example, manifests by causing intestinal damage in response to an allergy to gluten. It is often detected in children if they are found to be in the low percentile of growth. Damage to the intestine prevents the body from absorbing vitamins from foods.

Experts also feel that parathyroid tumors can cause low vitamin D. The parathyroid is a gland located on your trachea and behind your thyroid gland. It produces hormones responsible for calcium metabolism. Too few of these hormones in your bloodstream will result in high calcium and low vitamin D levels.

What are the reasons for low vitamin D levels? Your body reacts to keep your calcium levels under control by preventing high levels of calcium in your blood. It does this by converting vitamin D into another form. People with high calcium levels are at risk for kidney disease and stones, heart problems, and bone tumors.

Your health care provider can determine whether you are vitamin D deficient with a simple serum blood test. If you are deficient, your doctor may recommend vitamin D3 supplementation. Likewise, you may be able to get vitamin D from foods such as fish, mushrooms, fortified cereal, and fortified dairy products.

Vitamin D plays key roles in health. One recent study even linked low serum levels of vitamin D to a higher risk of death. If you're deficient, work with your doctor to determine underlying causes so you can correct the problem.