Low progesterone is associated with, but does not cause, infertility. There is no effect on fertilization of your eggs or the implantation of an early embryo in your uterus. However, low progesterone can interfere with further development of your embryo and fetus after implantation. This can lead to a nonviable pregnancy or miscarriage during your first trimester.

Effect of Low Progesterone on Implantation 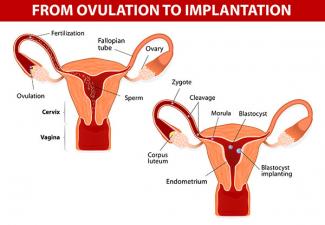 Progesterone is essential to mature the uterine lining (endometrium) for implantation of the early embryo. Therefore, many specialists assumed low levels after ovulation (luteal phase deficiency) might cause failure of implantation and reduce your fertility at this stage. However, current evidence does not show low progesterone during the luteal phase interferes with implantation.

Evidence From a Study

A study of 20 women published in the Journal of Clinical Endocrinology and Metabolism in 1991 measured the urinary levels of metabolites of estrogen and progesterone during the peak of the luteal phase of the menstrual cycle. The authors reported the levels of hormones were similar whether a woman had an early pregnancy loss or a successful pregnancy. They concluded that the early losses were not related to a deficiency in progesterone or other ovarian hormones in the luteal phase.

There is no difference in pregnancy rates based on the level of progesterone at the midluteal phase. According to a 2015 American Society of Reproductive Medicine (ASRM) Practice Committee Opinion on luteal phase deficiency, in the absence of other abnormalities of the menstrual cycle, low progesterone in the luteal phase does not appear to affect fertility or reduce normal pregnancy rates. Instead, most failures of implantation, chemical pregnancies, nonviable fetuses, and other early losses are because of chromosomal abnormalities, ASRM concludes.

After implantation, low progesterone during early pregnancy can affect your fertility - defined as the inability to carry a pregnancy to viability. Without enough progesterone from the corpus luteum in your ovary, the placenta and fetus cannot continue to develop, which leads to a nonviable fetus, early fetal loss, and miscarriage. 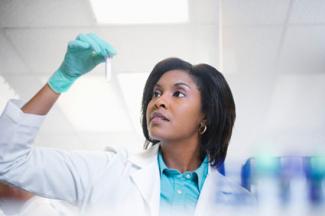 Tests of Progesterone in the Luteal Phase

Doctors often use two tests to evaluate your progesterone status and examine its effect on the endometrium. However, neither test is reliable to diagnose progesterone or endometrial deficiency in the luteal phase:

Although there is no reliable test of presumed progesterone deficiency in the luteal phase or evidence that treatment can improve viable pregnancy rates, some doctors may prescribe treatment, especially in cases of unexplained infertility. The 2008 Fertility and Sterility article reviews two forms of treatment:

Because of the lack of evidence for improved pregnancy outcomes, the ASRM Practice Committee Opinion does not advise luteal phase hormone therapy with HCG or progesterone unless you are undergoing an assisted reproductive technology (ART) procedure, such as in vitro fertilization (IVF). Pituitary suppression drugs used during ART cycles can interfere with corpus luteum function and progesterone production. In this situation, treatment increases pregnancy rates and reduces miscarriages.

Other Drugs for Abnormal Menstrual Cycles

If you are not making enough progesterone because your menstrual cycles are abnormal, and you are not ovulating monthly, your doctor might prescribe other drugs such as clomiphene citrate (Clomid). These drugs improve ovulation and luteal phase progesterone by organizing the hormonal events of the follicular phase.

Clomid is most often prescribed to induce regular ovulation in women who skip or have no periods, as reviewed by Yen and Jaffe's Reproductive Endocrinology, (chapter 5, page 703). You might also receive Clomid if you have slightly shorter or longer cycles or bleeding between periods when the rest of your infertility evaluation is normal.

Progesterone increases after ovulation and falls just before your next period when the corpus luteum dies. The level of the hormone during the luteal phase depends on normal cycling of the reproductive hormones during the first half of the cycle (the follicular phase) and on normal ovulation. The following problems can cause low progesterone production:

See your gynecologist for an evaluation and treatment if you are concerned your hormones are a cause of your difficulty getting pregnant. Keep a record of the length of your menstrual cycles and your periods for at least three cycles, as this will help your fertility evaluation.