Is shakiness in elderly normal? In some cases, it comes with age, but it is always a good idea to check. The most common causes of shakiness are related to the body's normal (physiologic) function and its disturbance by certain drugs and medical problems. Other causes include pathologic dysfunctions of the brain and nervous system.

Physiologic tremor is the most frequent cause of shakiness in the elderly. According to the Merck Manual, Consumer Version, (expand the "Types of Tremor" section) it is the benign "normal tremor that everyone has," and it reflects the normal rhythm of control of muscles by the nervous system.

Characteristics of the tremor include:

Physiologic tremor is normally barely visible but can become so in the elderly under certain conditions, including:

These situations can enhance the underlying physiologic shaking. If the tremor is significant, treatment depends on the cause.

As with younger people, drugs that affect the central nervous system can cause shakiness in the elderly or make a physiologic tremor more visible. According to MedlinePlus, the drugs and other substances that can enhance physiologic tremors include:

Substance abuse or addiction can also cause a pathologic tremor by the permanent damaging effects on the central nervous system. The substances include alcohol, opioids, cocaine and methamphetamines.

Management of drug-induced tremor is directed at treating substance abuse, or withdrawing from or adjusting the doses of prescription medications. Older people are more vulnerable to drugs and are more likely to be taking multiple prescribed medicines that lead to shakiness. They benefit from fewer medications and the smallest dose necessary. 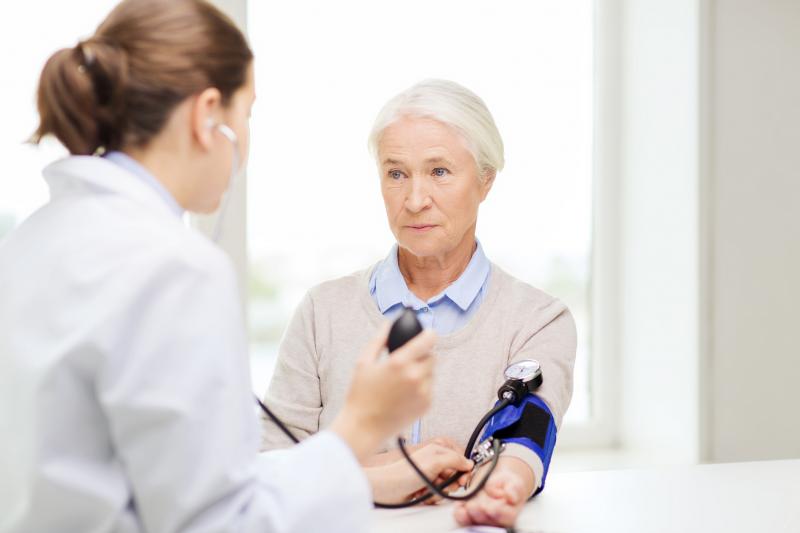 Systemic diseases that affect the brain or peripheral nervous system can cause shakiness or enhance physiologic tremor in the elderly. Based on the Merck Manual, Professional Version (expand the table, "Some Causes of Tremor" in section "Etiology"), health conditions include metabolic, hormonal, or toxic disturbances such as:

The shakiness that occurs with movement can be complex and variable.

Treatment of the underlying medical problem can improve the resulting tremors. In addition, physical and rehabilitative therapy can also be helpful to optimize a senior's daily function.

Essential tremor is the most common type of pathologic shaking, the Cleveland Clinic notes. It can occur at any age, but it tends to affect those over 40, according to the Mayo Clinic. The cause of essential tremor is uncertain, but in some people, it might be due to a genetic inheritance passed down in their families, according to a report in Genetics in Medicine.

The Mayo Clinic reference states that the shaking of essential tremor:

Symptoms develop gradually, starting on one side of the body, and can worsen under stress or fatigue. The shakiness can become more severe and affect daily functions, such as handwriting, threading a needle, or using eating utensils.

Essential tremor may not need to be treated if the symptoms are not bothersome. If a patient and her doctor feel like treatment is appropriate, medicines include:

A doctor might also suggest surgery on the thalamus of the brain, or deep brain stimulation (DPS) of the thalamus with electrodes if the tremor is difficult to treat. 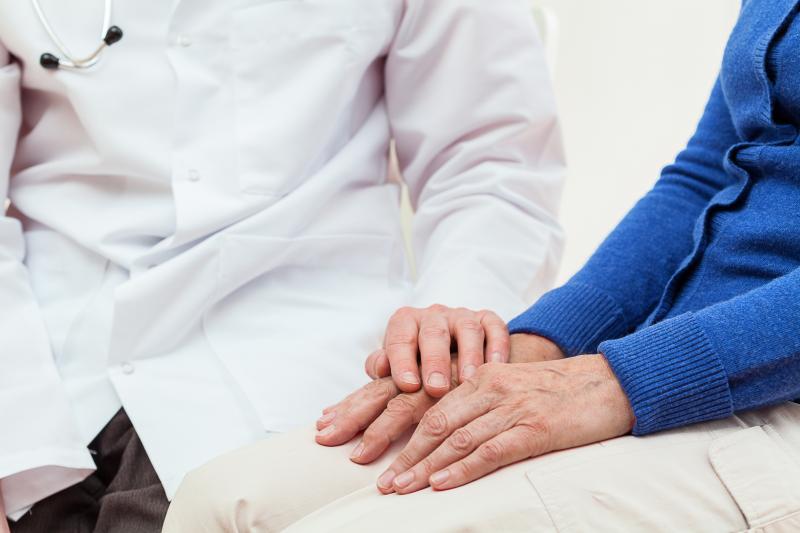 Parkinson's disease (PD) is also a common cause of pathologic shakiness in older people. It is the condition that most people think of when they see a senior with shakiness, although it is a lot less common than an essential tremor. PD can also occur in young people with an inherited form of the disease.

According to MedlinePlus, features of Parkinson's include:

Unlike essential tremor, the shakiness of PD occurs when the affected body part is at rest instead of with movement (resting tremor). Typical PD movements that are different from essential tremor include:

The treatment of choice for Parkinson's disease is the dopamine drug, levodopa. Other options include anticholinergic medicines and drugs that increase dopamine in areas of the brain.

The cerebellum, located at the base of the brain, is responsible for balance and coordination. Diseases that create dysfunctions in the cerebellum can cause cerebellar tremor.

Neurology Review for Psychiatrists (page 89) states that the most common causes are multiple sclerosis, stroke, and brain injury. Other causes include:

You can see a cerebellar tremor when the patient moves. It is a so-called intention tremor, meaning it appears at the end of a directed movement, such as reaching to touch your nose or hold a cup. In addition, those affected are unable to do rapid, alternating movements, such as touching finger to nose, or finger to finger, and have difficulty walking and keeping balance.

Symptoms can be unilateral, affecting the side of the body on which the cerebellum is damaged, or both sides if there is bilateral dysfunction.

There is no effective drug for cerebellar tremor. Physical therapy, occupational and assistive therapy can improve a person's ability to function.

Other Causes of Shakiness in Older Adults

Other causes of shaking in seniors include:

What Causes Tremors in Elderly Adults?

Any elderly person who suddenly develops shakiness should see a doctor immediately. Seniors also need to see a doctor if an existing tremor appears to be worsening. A complete history and physical exam can identify the type of tremor and likely cause. Primary treatment is based on the cause. Directed physical and occupational therapy and aging assistive products can also be helpful as indicated.

Related & Popular
What You Need to Know About Zoloft and Seniors
By Beth S, M.D.
Symptoms and Treatment Options for Elderly Depression
By Jodee Redmond
Options for Easy Access Clothing for the Elderly
By Lori Soard
Senior Citizen Health Conditions and How to Prevent Them
By Julie Kirk
Signs of Strokes in Elderly People
By Cheryl Cirelli
10 Signs an Elderly Person Needs Help
By Karen Frazier
Types of Elder Abuse
By Gabrielle Applebury
7 Early Symptoms of Dementia in Seniors
By Sandy Baker
Top Senior Sex Considerations
By Lori Soard
Types of Medic Alert Systems
By Susan Weber
Guide to Adult Day Care
By Rachel Hanson
What You Need to Know About Radiation Treatment for Seniors
By Tamara Warta
Options in Stomach Cancer Treatments for the Elderly
By Julie Kirk
Recognizing Memory Loss in Seniors
By Summer Accardo
Understanding Pain Management in the Elderly
By Lynsey Keep, RN
Reporting Elderly Abuse
By Gabrielle Applebury
© 2022 LoveToKnow Media. All rights reserved.
What Causes Shakiness in the Elderly?