If you've been anxious to know if you are pregnant, the waiting period can become overwhelming, making you wonder, "are there pregnancy signs in the week after conception?" In order to answer that question, it's helpful to understand the body's early response to pregnancy.

Are There Pregnancy Signs in the Week After Conception?

There is a great deal of mythology built up around early pregnancy. It's important to distinguish urban legend from fact.

There are some signs and symptoms that have been clinically observed to be common in pregnancy. These signs can occur in early pregnancy, even before you've missed your first period. The most common include:

There are other signs that people sometimes associate with pregnancy that don't have any scientific basis which include:

Most women do experience swelling during pregnancy. Early in the pregnancy, it is common for your breasts to become swollen and sore. You may also experience some abdominal swelling and your clothes may feel snug due to bloating. Swelling of the breasts and abdomen is attributed to the hormonal changes associated with early pregnancy. 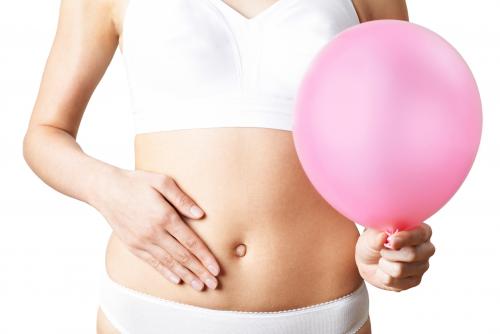 Are swollen feet early sign of pregnancy? Swelling in the extremities typically occurs later. Later in the pregnancy, it is not unusual to experience swelling (edema) in the hands, feet, ankles, legs and face. Some swelling is normal and is caused by excess fluid retention (water and blood) that actually helps the body accommodate the developing baby. This type of swelling typically starts around the fifth month of pregnancy and can increase as you progress into the third trimester. However, if you have sudden swelling in your hands and face, it could be a sign of preeclampsia and you should contact your doctor immediately.

All of the actual signs of pregnancy are caused by the presence of a hormone called human chorionic gonadotropin, or as it is more commonly known, hCG. HCG is not secreted by the body until the zygote (the name for the sperm and egg once they've met) is implanted in the uterus. Since implantation doesn't take place until at least a week after ovulation, the earliest signs of pregnancy are not present until at least seven days after ovulation. Therefore, the answer to the question, "are there pregnancy signs in the week after conception?" is no, at least not any that researchers know of yet.

Since there are no actual signs of pregnancy until at least the start of the second week after conception, you might be tempted to run out and buy a home pregnancy test to see if you're pregnant. Save your money and give yourself an anxiety break by waiting at least fourteen days. If you're still less than two weeks post conception, the pregnant test will probably be negative for the very same reason you don't have any physical signs of pregnancy yet.

Home pregnancy tests work by detecting hCG in the urine. If your urine has hCG in it, this means you're pregnant. However, since you don't start secreting hCG until at least six (and as many as twelve) days after conception, you could be pregnant for up to two weeks and still have a negative pregnancy test. Consequently, it's a good idea to wait until you are at least two weeks post ovulation before you take a home pregnancy test. Since hCG levels vary from person to person and home pregnancy tests are not always sensitive to small amounts of hCG, some experts suggest waiting until you've missed your first period before taking a test.

Even if you are early in your pregnancy, even too early to have signs of pregnancy or a positive pregnancy test, it's important to observe precautions for your potential baby. Avoid alcohol, most over-the-counter drugs and make sure you eat well and drink plenty of water. If it turns out later that you are indeed pregnant, you will have helped give your baby a great start.