Detecting tubal pregnancy, also known an ectopic pregnancy, early makes complications less likely, so awareness of the symptoms is essential. According to MedicineNet, symptoms of tubal pregnancy may arise about six to eight weeks after your last missed period, although in some cases it may be later depending on where the blastocyst implants.

How do you know if you're pregnant in your tubes? According to Mayo Clinic in its earliest stages, ectopic pregnancy is likely to present just like any other early pregnancy. You may experience these normal early pregnancy symptoms including a positive pregnancy test. These symptoms can alert you that you are pregnant, but they do not allow you to differentiate between a normal and tubal pregnancy. As the pregnancy progresses, however, other symptoms may occur.

Approximately 10 percent of all women experience vaginal bleeding during their pregnancy. While this may be a normal occurrence, such as in the case of implantation bleeding, it could also signal something is wrong, such as an ectopic pregnancy. During tubal pregnancy, vaginal bleeding may appear abnormal. It may be heavier, brighter red, darker, or less viscous than normal menstrual blood. It may also come and go intermittently or flow continuously. In general, bleeding associated with an ectopic pregnancy will occur at around six to eight weeks (or later) after your last normal period. If abnormal bleeding occurs, or you experience it along with other symptoms of tubal pregnancy, seek emergency medical care.

Many pregnant women experience pain similar to menstrual cramps in the early stages of pregnancy. This cramping is almost never worse than your normal period cramping. While cramps may indicate ectopic pregnancy, according to BabyCenter, certain types of pain may be more likely to indicate you are experiencing tubal pregnancy and need immediate medical attention. Any of the following may be symptoms of pregnancy in tubes:

During tubal pregnancy, you may experience weakness, dizziness, drops in blood pressure, or episodes of nearly fainting. These can all indicate internal bleeding associated with tubal rupture.

Signs of shock indicate a medical emergency and are common during a fallopian rupture associated with tubal pregnancy. Call 9-1-1 immediately if you experience the following: 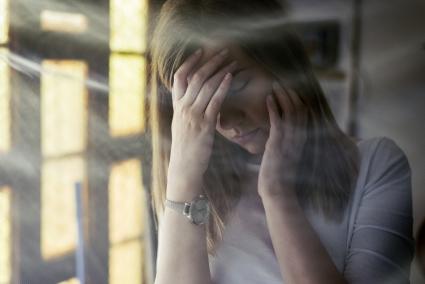 You also may experience other symptoms including the following:

Not all women experience the same symptoms of tubal pregnancy. You know what is normal for your body. If you suspect something is not normal, see your doctor or seek medical treatment, because ectopic pregnancy rupture is a medical emergency. 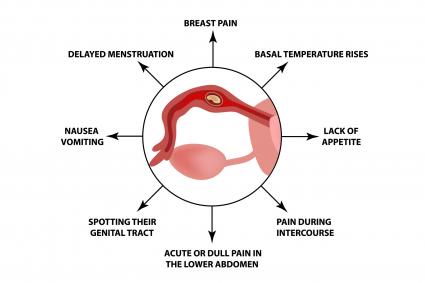 Can You Have an Ectopic Pregnancy After a Tubal Ligation?

The chances of becoming pregnant after a tubal ligation are rare. However, if you do have pregnancy symptoms after having tubes tied, you are at an increased risk of having an ectopic pregnancy. The risk of ectopic is actually more likely to occur three or more years after having your tubal ligation. Other risk factors for ectopic pregnancy include if you were under 30 years old when you had the tubal ligation, or if you have a history of pelvic inflammatory disease. Therefore, if you experience signs of pregnancy with your tubes tied, it is imperative that you call your doctor or go to the hospital.

According to Togas Tulandi, MD, Professor of Obstetrics and Gynecology at McGill University, the condition is the leading cause of maternal death, accounting for four to ten percent of all pregnancy-related deaths. Approximately 2 percent of early pregnancies are ectopic. Knowing who is at risk for ectopic pregnancy is a valuable tool for assessing symptoms associated with tubal pregnancy. If you experience the above symptoms and have any of the following risk factors, seek immediate medical attention:

Tubal pregnancies cannot go full term. The further your pregnancy progresses, the more the likelihood of rupture and internal bleeding rises. Without prompt treatment, you can lose an ovary, need a hysterectomy, or go into shock and die. Therefore, tubal pregnancy is an emergency requiring immediate medical care. If you suspect ectopic pregnancy, contact your doctor right away. If you suspect rupture, call 9-1-1.