An important aspect of the art of ninjitsu is understanding the workings of the mind through the study of ninjitsu meditation.

The Art of Ninjitsu

The art of ninjitsu, also spelled ninjutsu, began more than 1,500 years ago in medieval Japan. Developed as a form of defense during violent political times, ninjitsu was a combination of many skills including:

As ninjitsu developed, it became the art of training the warrior as an entire being including the various disciplines of the martial arts and the power of the mind through meditation.

The earth, and reconnecting with it, are key elements of ninja meditation. The ninja physically connects with the Earth's soil as he visualizes roots growing from his feet. The roots extend through miles of rocks and soil and travel through millions of years as the ninja draws strength from the core of the earth. 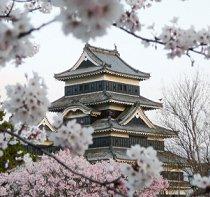 The Importance of Meditation in the Study of Ninjitsu

In medieval Japan and also at later times when the ninjas were active in their country, meditation played an important role in ninjitsu. During this time meditation was a mixture of deep focused thought, stretching, and healing. Its purpose was to integrate the ninja's body and mind giving them the power to block out everything except the task at hand by using a sense of extreme calm and enhanced concentration.Today meditation is just as important to ninjitsu as it was centuries ago. The art of ninjutsu is more then learning the physical skills of the martial arts. It is also finding your inner self through physical conditioning, meditation, and discipline. With the practice of meditation students of ninjitsu develop key elements of increased awareness and detachment while increasing their sense of inner peace. It is through meditation that ninjas learn how to control the energy of the universe known as chi. This essential life force exists in all things in the universe.

There are many books written on the topic of ninjitsu that include the importance of meditation. The following are a few selections that are available.

An essential part of mastering the art of ninjitsu is learning endurance and patience through meditation. As each skill of the ninja is learned, it is through the continued development of ninjitsu meditation that it is mastered.