The AIP diet is also known as the autoimmune protocol or the autoimmune paleo diet. It is an anti-inflammatory diet many people with autoimmune conditions use to decrease inflammation and help manage their illnesses.

Many paleo diet proponents and researchers contributed to the development of the AIP diet, especially Sarah Ballantyne, Ph.D., who originally outlined its principles in her 2013 book, The Paleo Approach: Reverse Autoimmune Disease and Heal Your Body. Others who have refined the approach and recommend it include functional medicine specialist Chris Kresser and paleo diet expert, Robb Wolf. The diet reduces foods that typically cause inflammation and is rich in foods that help the body heal and calm its inflammatory response.

You'll find a few different versions of the AIP, but Ballantyne's is the one most officially considered AIP. The diet as Ballantyne wrote it is a modified, more restrictive version of the paleo diet. The included foods are unlikely to trigger your body's inflammatory response, and they are packed with the nutrients you need for good health. Some foods, such as those containing glycine, are also believed to help heal a leaky gut, which many believe is one of the underlying causes of autoimmune disease.

According to Ballantyne's AIP, included foods are:

Ballantyne also recommends eating a variety of foods and enjoying as many foods rich in the nutrient glycine as possible (provided they are on the above list).

Any foods not on the list above are not included, and there are some categories of other foods to avoid, as well. These are foods that contribute to the body's inflammatory processes, and many are individual inflammatory triggers.

Experts recommend you follow the protocol until your symptoms are vastly better or have disappeared. For some people, this may be a few weeks to a month, while for others it may take several months.

Once you feel better, usually after about four weeks, you can reintroduce eliminated foods to determine your personal inflammatory triggers, since not all foods cause inflammation in every person. In general, you can challenge a new food every five to seven days. Start by eating a bit of that food and monitoring your symptoms. If you don't notice symptoms, you can try a little more of that food and monitor for symptoms. If you feel fine, it is likely that food is not a trigger for you, and you can add it back into your diet. However, this does not mean you should reintroduce foods not allowed on the traditional paleo diet, but rather foods eliminated on the AIP that you could consume otherwise on a paleo diet, including nuts and seeds, eggs, ghee, small quantities of alcohol or coffee, and nightshades.

It's important you reintroduce foods one at a time and give your body plenty of time to react before moving on to another food. If you do react, it's best you avoid these foods permanently.

The typical Western diet is high in fat and calories, sugars, simple carbohydrates, high fructose corn syrup, processed foods, and artificial or chemical ingredients. Many medical professionals and researchers believe eating a standard Western diet may be causing inflammatory conditions (or at least contributing to their prevalence), including autoimmune diseases. Because chronic inflammation appears to correlate with autoimmune disease, and dietary factors play a role in inflammation, proponents of AIP believe controlling intake of inflammatory foods may help control the inflammatory process that occurs when one has an autoimmune condition.

Autoimmune diseases affect the immune system. They occur when the body's immune system attacks healthy tissue because it somehow misinterprets that tissue as a foreign invader. As many as 50 million Americans struggle with some type of autoimmune condition. In a country with about 325 million people, that's 15 percent of the population, which is a startling amount. Over 70 diseases are classified as autoimmune conditions, including:

Very few studies have been conducted on AIP, although many people with some form of autoimmune disease anecdotally report following the AIP has helped them control their symptoms and minimized or eliminated flare-ups. Currently, one study has been completed on AIP for inflammatory bowel disease, and it showed the diet was successful at reducing inflammation and symptoms. It was a rather small study (15 patients), but the results are promising. Another small, uncontrolled pilot study of 13 patients with multiple sclerosis (MS) showed dietary intervention including a paleo diet improved fatigue, which is a significant MS symptom. The protocol has also been used successfully to alleviate symptoms of Hashimoto's thyroiditis. These small-scale studies fail to meet the gold standard of large-scale, double-blind, placebo-controlled studies for interventional therapies, but along with the anecdotal reports of improvement using AIP, they show this dietary approach warrants more research to determine if it is an appropriate intervention for people struggling with autoimmune illnesses.

Whether the AIP is safe depends on who you ask. The Mayo Clinic notes paleo diets in general are likely safe, but the lack of long-term clinical trials leave their safety in question, and they suggest diet alone is unlikely to control inflammation from autoimmune illnesses and other causes completely. A dietitian at UC Davis also suggests that while this diet has the potential to be safe, individual implementation may make it less so, especially if the dieter eats very limited foods instead of a variety, which can lead to nutrient shortages, or if they eat too much saturated fat from animal products, which may lead to heart disease and elevated cholesterol. She also cites the possibility of eating too little calcium, which can affect bones, and discusses eliminating grain sources of carbohydrates as problematic due to potential energy and nutrient deficiencies.

Because of the lack of controlled studies, it is difficult to determine the exact results one might expect following AIP. Many people anecdotally report anything from a lessening of some symptoms to a complete disappearance of symptoms and remission from illness. There may be many reasons for these varied results. Every body is different, and everyone has different triggers. Likewise, people may follow the protocol with different levels of compliance. The only way to know for sure what to expect and how following the protocol affects people with autoimmune disease is to conduct a large-scale, long-term, controlled study which has not yet been done.

Tips for Safety and Sustainability

The trick, then, is implementing AIP in a safe, sustainable way. To do this: 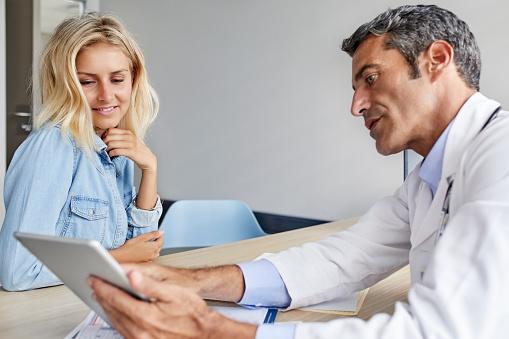 Who Should Avoid AIP?

People with serious illness and nutritional deficiencies probably shouldn't follow a paleo diet until those deficiencies have been addressed. Likewise, if you have heart disease or elevated cholesterol, it is best to talk to your doctor before following a diet like the AIP.

Will It Work for You?

Many people have experienced varying levels of symptom reduction following AIP. If you have an autoimmune disease and are symptomatic, talk to your doctor about trying AIP for four weeks to see if it can help reduce your symptoms.