It is possible smoking marijuana can cause seizures under certain circumstances, but current data doesn't provide sufficient proof. A few human reports or animal studies suggest marijuana or its cannabinoids can cause seizure activity, but other studies suggest they are also protective against seizures. Perhaps smoking weed can cause the onset of new seizures or provoke your seizure disorder if you have other factors present. 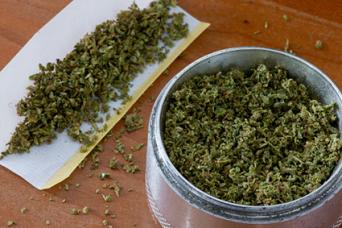 The limited available data suggests marijuana may initiate seizures in some susceptible people and suppress them in others. Risk factors, such as cardiovascular disease or an underlying seizure disorder, might make you more vulnerable.

The risk of inducing seizures might depend on how many joints you smoke and how frequently you smoke them, or whether you use other substances like alcohol, which make you more susceptible to seizures. 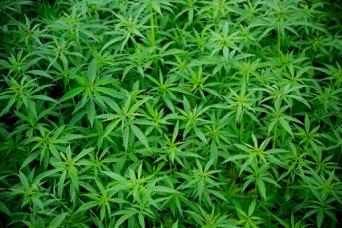 Each type or crop of marijuana (cannabis) plant, and therefore what you buy, may have different ratios of cannabinoids, its main chemicals. It is possible your risk for seizures from smoking pot depends on your batch of marijuana and its cannabinoid content, as well as whether it is contaminated by other illicit substances that can cause seizures, such as heroin.

Rather than the cannabis plant, most studies on seizures have looked at the effect of the two predominant cannabinoids:

According to a review on alcohol, marijuana, and seizures published in 2001 in the journal Epilepsia, animal studies that look at the effect of THC and CBD on seizure activity show conflicting results and depend on the animal model, the cannabinoid, and the dose used:

Small studies in humans also found THC may provoke seizures in some forms of inherited epilepsy but protected against most seizures.

Mechanism of Effect on Seizures 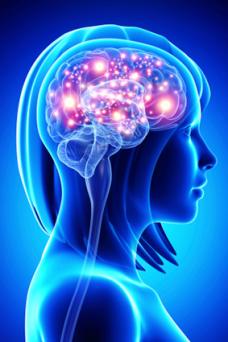 The mechanism by which marijuana or cannabinoids might either excite or reduce seizures is not clear, according to the Epilepsia review. Marijuana cannabinoids bind to cannabinoid receptors in the brain and other parts of the body. These receptors are widely distributed in the brain, including areas that control seizure activity. It is possible that whether smoking marijuana causes or prevents seizures depends on which nerve cells its cannabinoids bind to, and which neurotransmitters are activated or inhibited.

The author of a review in Biochemical Pharmacology proposes that cannabinoids might provoke seizures by binding to receptors on nerve cells that secrete the inhibitory neurotransmitters, such as gama-amino-butyric acid (GABA). A decrease in GABA would lessen its inhibition of the nerve cells it controls, leading to excitement of those cells and seizure activity. On the other hand, cannabinoids may inhibit seizures by binding to cells that inhibit the secretion of the excitatory neurotransmitter, glutamate.

The current limited evidence suggests that, under some circumstances, smoking marijuana may cause new seizures or provoke them if you have a seizure disorder. The vulnerability may persist during a period of withdrawal from the weed. Your seizure risk might be greater if you frequently smoke a lot of weed, but some people may be susceptible with less. Discuss your marijuana use with your doctor if you a have a medical condition, such as cardiovascular disease or a seizure disorder, or you use other illicit substances that might make you more vulnerable to having seizures.