Stevia is gaining in popularity as a natural sweetener. This natural alternative to sugar has been used for decades in countries such as Japan with little reported side effects. But, be aware that like with anything, there are some dangers and side effects to keep in mind when using this sweetener. 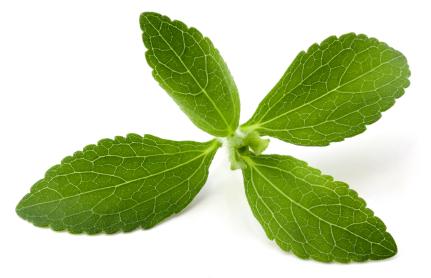 Native to subtropical and tropical South America and Central American, stevia is an herb extract with about 300 times the sweetening power of sugar. Widely used throughout Japan as a sweetener, stevia is now available in the United States and Canada as a dietary supplement, but not as a food additive or sweetener.

There are several benefits that make stevia an attractive alternative to sugar such as helping alleviate high blood pressure and enhancing a person's glucose tolerance. It also is ideal for diabetics and others who may be on a carbohydrate-controlled diet.

Medicinal Problems and Dangers of Stevia

All of these with medicinal benefits notwithstanding, scientific reports have shown that the extract stevia may also be harmful when consumed. There are several medicinal problems associated with stevia.

Stevia, or the singular stevioside, at least in some studies, seems to affect the male reproductive organs. This was the conclusion of a group of European scientists in early 2006.

The study showed that when male rats were fed high doses of stevioside for 22 months, sperm production was severely reduced, the weight of the seminal vesicles declined, and there was an increase of cell proliferation in their testicles. In time, this could easily cause infertility or other reproductive problems.

In another study, female hamsters were fed large amounts of a derivative of stevioside called steviol. Here the scientists found that the female hamsters had fewer and smaller offspring.

Those who are pregnant or planning on becoming pregnant should discuss using stevia with their doctor or skip using it all together.

There have also, at least in preliminary studies, been links to cancer. In the lab, steviol can be converted into a mutagenic compound. This, in turn, may promote cancer by causing mutations in the cells' genetic material, or DNA. Scientists are divided on the issue of the cancer link, and remain adamant that further testing, studies, and reviews need to be conducted in order to resolve the issue.

Studies conducted by the Center for Science in the Public Interest indicate that large amounts of stevioside can interfere with the absorption of carbohydrates in animals and disrupt the conversion of food into energy within cells. Scientists are particularly worried about this development, especially as it pertains to children.

The Mayo Clinic reports that there are a few side effects associated with using stevia:

These side effects are not serious and only last a short duration if at all. If you experience anything unusual with using stevia, it is always wise to contact your physician.

Despite all of the scientific evidence, both positive and negative, no clear agreements have been drawn about the dangers of stevia. Stevia has been in wide use in Japan for the past 30 years, and to date, no evidence of any adverse reactions have surfaced during this time.

After maintaining for some time that stevia is an unsafe food additive, the Food and Drug Administration has changed its ruling. The FDA's former position on stevia maintained that the toxicological information on stevia was too inadequate to determine its safety for consumption by the general public. It currently maintains that "certain refined Stevia preparations" may be used in food products sold in the United States.

Other Names for Stevia

If you're concerne about consuming stevia, it's important that you are able to recognize it on food labels. You'll see stevia marketed under other product names, such as the following:

Whether stevia is safe or not has yet to be determined, but if you choose to use it as a sweetener, remember that it is much sweeter than sugar. Always consult your doctor before trying an herbal product, since these remedies may interfere with medication or health conditions.