Ahhh, coffee. If you are one of the 30 million or so Americans who drink coffee every day, then you understand the power of those magical beans. For some, just a whiff of coffee's aroma is enough to get their morning off to a great start. Certainly, there are advantages to starting your day with this fragrant brew. But what are the health benefits of drinking coffee?

Sure, coffee gets your motor moving in the morning. But the health benefits of drinking coffee go way beyond the jolt of energy that it provides.

You probably don't need more reasons to pour yourself another cup of java in the morning. But these health benefits will help you feel better as you sip your morning coffee.

1. Coffee May Reduce Your Risk of Depression

Many regular coffee drinkers will likely sing the praises of the mood-enhancing benefits of the beverage. A 2011 study from Harvard's School of Public Health backs up those claims with evidence that women who regularly drink coffee have a lower risk of depression than those who don't imbibe the brew. In fact, the study also indicated the more coffee you consume, the less likely you'll develop depression.

So go ahead and put on that second pot of coffee. It might make you happier! 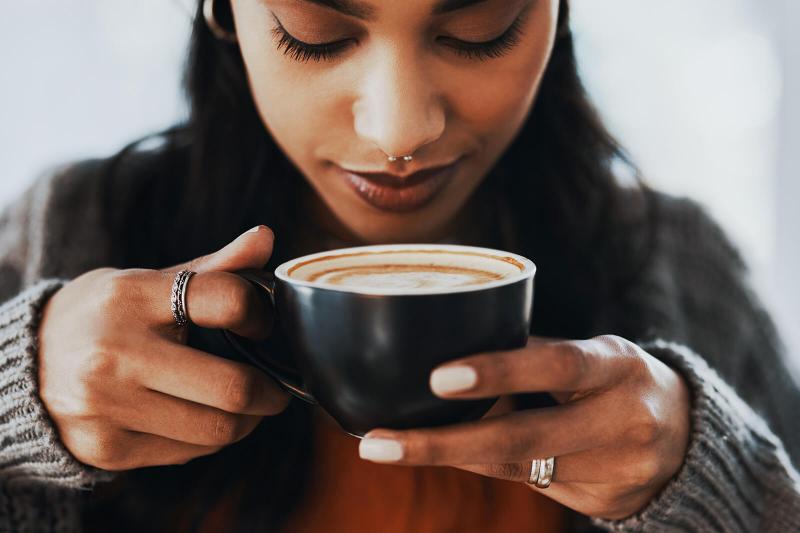 Now before you grab a bag of coffee and give it a good sniff, you need to know that this benefit was derived from tests conducted on sleep-deprived rats. The small study, which was published in the Journal of Agricultural and Food Chemistry, indicates rats who smelled coffee exhibited less severe stress reactions than those who were denied that fabulous aroma. So the next time you are feeling extra stressed, it might be worth a shot to give your cup of coffee a big whiff.

So far, we've learned that coffee can boost your mood and lessen stress. A study published in 2016 showed that caffeine can improve cognition. The study tested the effects of caffeine on mental alertness and attention in a home-based setting (which is more like real life). Researchers found that those who had caffeine performed better on web-based cognition tests. So if your real-life job involves computer work (and most of them do!) then that cup of coffee may help you perform better!

A few studies have found that coffee drinkers might have a lower risk of developing type II diabetes and Parkinson's disease. Though coffee often gets a bad rap for increasing blood pressure, at least one cardiology study suggests that women who drink coffee regularly may have a reduced risk of heart disease. In fact, a Japanese study even showed that coffee drinkers have a lower risk of stroke. Bring on the java!

5. Coffee May Contribute to a Healthy Weight

Coffee might help you reach and maintain a healthy weight, a healthier BMI, and better body composition, according to two large-scale research reviews. A 2018 meta-analysis published in Critical Reviews in Food Science and Nutrition evaluated 13 randomized controlled trials involving 606 participants and concluded that caffeine intake might promote reductions in weight, BMI and body fat. And a 2019 meta-analysis published in Nutrients found that higher coffee intake might be modestly associated with lower body fat, especially in men.

This juicy little factoid might even entice us to rush out to our local coffee spot right now. Who's with us? 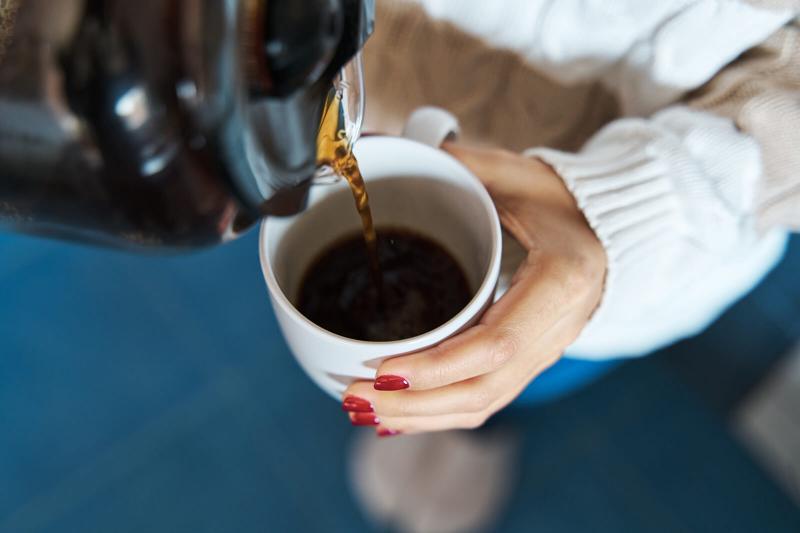 Several studies have associated higher coffee intakes with a reduced risk of skin cancer. One study, published in the Journal of the National Cancer Institute involved over 400,000 participants and showed that a higher coffee intake was associated with a modest decrease in the risk of melanoma. And another large-scale 2019 study conducted in China showed that the consumption of coffee or black tea may reduce the risk of nonmelanoma skin cancer.

While that doesn't mean you should toss out the sunscreen, it does mean that an extra cup or two while on vacay couldn't hurt!

Several studies have suggested that caffeine intake might be associated with greater longevity. For example, a study published in 2019 in the Journal Progress in Cardiovascular Diseases found that drinking 3-4 cups of coffee per day is associated with a wide range of effects on long-term human health, including a reduced risk of several diseases linked to early death. Now that's a benefit that may enhance your mood more than coffee.

Does Drinking Coffee Have a Downside?

While the potential health benefits of drinking coffee sound impressive, there are a few downsides to be aware of. For instance, caffeine (especially in high doses) isn't safe for everyone. A high caffeine intake (400 mg/day) has been associated with symptoms such as headaches, panic spells, feeling trapped or caught, worrying too much about things, and having feelings of worthlessness.

Also, coffee during pregnancy may not be a good idea, especially if you drink a lot of it. The National Institutes of Health reported that pregnant women who consumed just half a cup of coffee per day had slightly smaller babies than pregnant women who did not consume caffeinated beverages.

For many people, however, the devil may be in the dose. The U.S. Food and Drug Administration has said that 400 milligrams of caffeine per day is the general cut-off for most people. But they add that people respond to varying amounts differently. Four hundred milligrams of caffeine is equivalent to about four or five cups of coffee.

While you shouldn't use coffee to replace any current medical treatments, the next time you reach for your morning (or evening) cup of joe, you might do more than just wake up and boost your mood; you might also improve your health. There are so many health benefits of coffee to enjoy! And who knows, you might even live longer.

And you know what that means… more time and ways to drink coffee!

Related & Popular
10 Foods You'll Be Shocked to Learn Have More Sugar Than a Twinkie
By Christine Grasso
What Is Mindful Eating?
By Christine Grasso
10 Reasons to Drink Lemon Water
By Erin Coleman, R.D., L.D.
Diverticulitis and Fiber Intake
By Beth S, M.D.
Fibromyalgia Diet
By Donna Sundblad
Menopause Diet
By Cheryl Zielke
No Carb Desserts
By Karen Frazier
Hyperthyroidism Diet
By Jasmine Myers
ADD/ADHD Treatment and Meal Planning
By Cheryl Zielke
How to Calculate Net Carbs
By Susie McGee
Surviving Holidays on a Diet
By Mike Johnson
Why Are Trans Fats Bad?
By Donna Sundblad
How to Choose Whole Foods for Your Pantry
By Donna Sundblad
Symptoms of Metabolic Syndrome
By Jasmine Myers
Elimination Diets
By Elise Deming, RDN
What Is a Calorie?
By Karen Frazier
© 2022 LoveToKnow Media. All rights reserved.
7 Health Benefits of Drinking Coffee