Gluten is hiding in plain sight. It's lurking on grocery store shelves and in your favorite restaurants. It's even in some personal care products. If you have celiac disease or non-celiac gluten sensitivity, you need to know which products contain gluten. Some may surprise you.

10 Unexpected Things That Have Gluten

You're probably familiar with the obvious foods that contain gluten, such as bread, baked goods, crackers, and pasta. People with celiac disease and non-celiac gluten sensitivity should avoid ingredients like wheat (triticum vulgare), rye (secale cereal), and barley (hordeum vulgare). Some people with celiac disease are sensitive to oats (avena sativa), too. However, gluten is also in places you'd least expect. 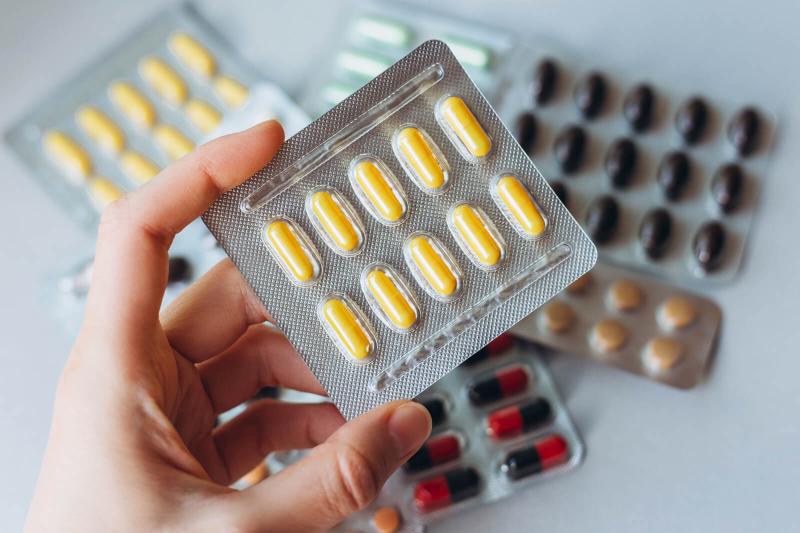 According to the Celiac Disease Foundation, over-the-counter and prescription medications may contain inactive ingredients that have gluten or are gluten-contaminated. Examples of inactive ingredients are binders, dyes, preservatives, and flavorings. Drug manufacturers aren't required to list allergens on packaging or where they are sourced. This makes it challenging to know for sure which drugs are gluten-free.

Before using a new medication, look for the inactive ingredient list on the back of the package or the package insert. If you see any of the following ingredients, the medication may not be gluten-free:

When in doubt, contact the drug manufacturer. You may also check this list of gluten-free drugs from Columbus Children's Hospital.

Tea is just a blend of botanicals and water, right? Not so fast. Some herbal tea manufacturers add barley malt for flavor. For example, gluten used to be in four of Yogi Tea's herbal blends. According to an FDA survey on gluten in white and green tea, gluten was present in eight of twenty teas.

To make sure your tea doesn't contain gluten, stick with unflavored, loose leaf tea. Many companies list on their website which teas are gluten-free. To be on the safe side, do your research before buying. 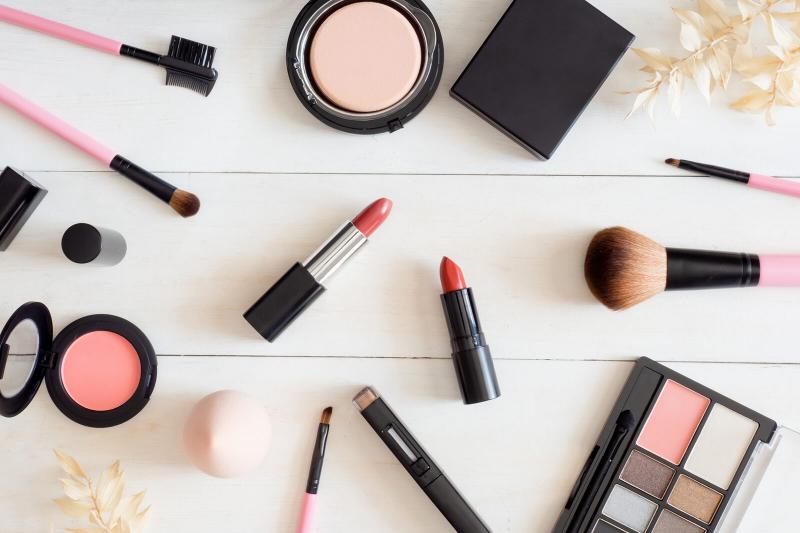 Most people couldn't care less if their makeup contains gluten. However, it's problematic if you have celiac disease and are sensitive to even small amounts of the protein. The Mayo Clinic reports that, in general, gluten in make-up isn't a concern for people with celiac disease--unless you swallow it. This makes any gluten in make-up concerning because it's easy to get a smidgen of foundation or blush on your lips that may be swallowed. Since you apply lipstick to your lips, your risk of ingesting some is high.

To avoid gluten in cosmetics, search the internet for gluten-free makeup products. Read the ingredients on the packaging before buying cosmetics from your favorite store. According to the Student's Gluten Free Cookbook for Dummies, if you see any of these words, the product contains gluten: 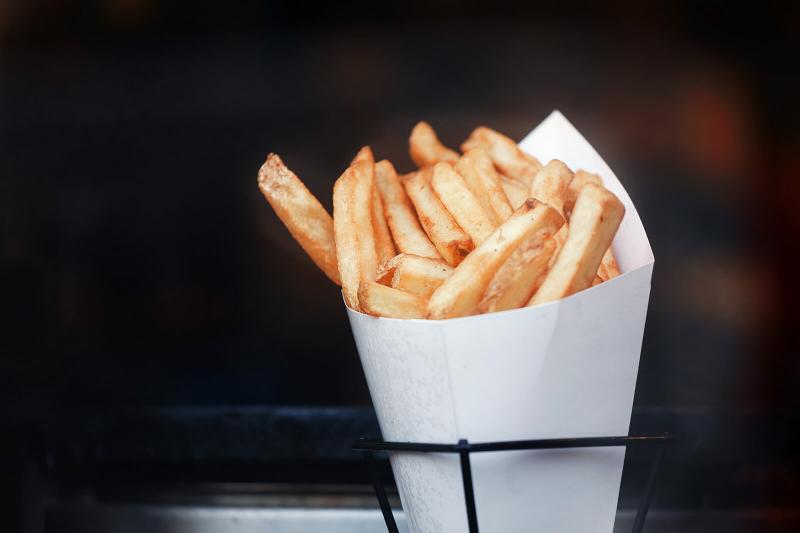 Potatoes are gluten-free, but French fries and sweet potato fries may not be. That satisfying crisp you love when you bite into a fry is often thanks to a coating of flour or batter. Some restaurants season fries with spices that contain gluten. Fries that aren't coated or seasoned may still be contaminated if they're not fried in a dedicated fryer. Most restaurants, especially fast food establishments, use fryers for a variety of breaded foods that are full of gluten, such as breaded chicken nuggets and mozzarella sticks. As a result, cross-contamination is almost guaranteed.

Before eating French fries at a restaurant, ask your server if they're gluten-free and fried in a dedicated fryer. If not, opt for a plain baked potato instead. At home, make your own fries or purchase prepared brands that are labeled gluten-free.

Some chewing gum contains gluten. For example, Wrigley's Hubba Bubba Gummi Tape contains wheat flour, so it's not gluten free. Since gum manufacturers don't have to disclose allergens other than wheat, it's almost impossible to know for sure if their products contain gluten.

Before popping another stick of gum in your mouth, call the manufacturer or check their website to see if gluten is in their gum. If you can't find the answer, chew known gluten-free brands such as:

Wheat and other gluten ingredients are healthy for your hair, so many shampoos contain them. While you obviously don't drink your shampoo, it can accidentally get into your mouth while washing and rinsing your hair. Children are especially vulnerable. If you see any of these ingredients on your shampoo label, it may contain gluten: 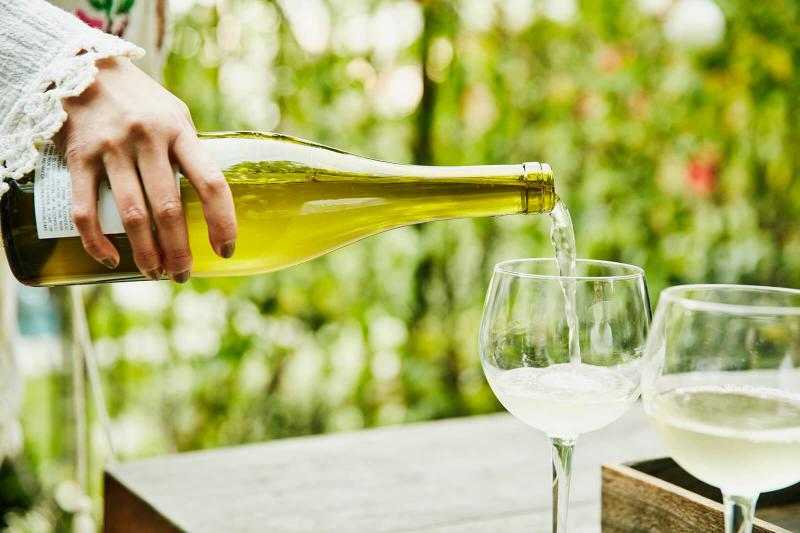 According to UChicago Medicine, many types of alcohol contain gluten. In general, beer is made from gluten-containing hops and barley and should be avoided. Whiskey and bourbon may also contain gluten. Some producers, such as Omission Beer, are making beer for people with celiac disease and gluten sensitivity, but they may be difficult to find.

If you plan to imbibe, enjoy spirits known to be gluten-free including:

According to an ABC News report, canon law states that holy communion wafers must contain wheat. This is a huge problem if you're Catholic and have celiac disease. Not only is the wafer itself a concern, but gluten residue may be left behind on the shared cup of sacramental wine. There are several gluten-free brands of communion wafers available that are used by non-Catholic churches, but the Vatican won't budge on its wheat rule. They have, however, approved a low-gluten communion wafer. It's made by Benedictine sisters in Missouri and contains trace amounts of wheat. This satisfies the Vatican's requirement and may be safe for celiacs, depending on your level of sensitivity. Check with your doctor before using.

Play-Doh is great fun for kids, but not if they have celiac disease or a wheat allergy. Play-Doh's manufacturer, Hasbro, won't give up their entire ingredient list, but they do state on their website that Play-Doh contains wheat. Since kids get Play-Doh all over their hands and often put their hands in their mouths, Play-Doh isn't an option if your child is allergic to wheat. Try Colorations wheat and gluten-free dough instead, or make your own. 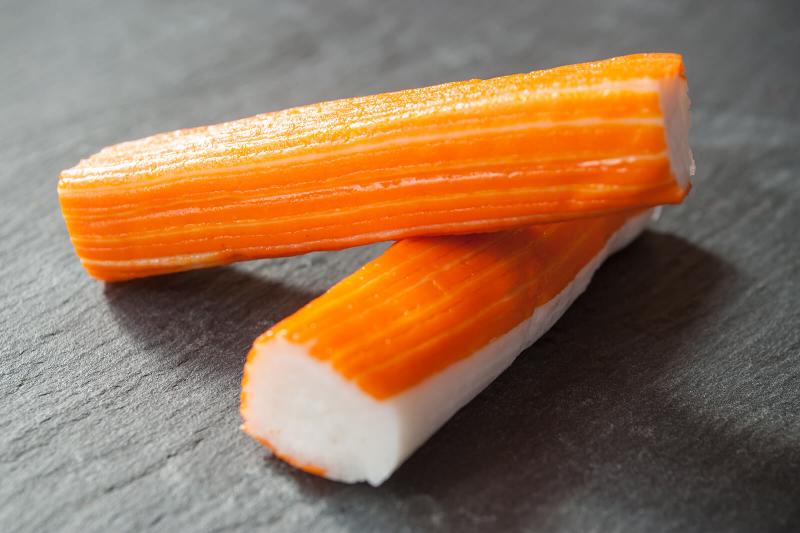 Fake crab meat, also called surimi, is used to make sushi, seafood salads, and casseroles. It's made from several types of fish ground into a paste and molded into various shapes. Crab is naturally gluten-free, but imitation crab meat may be held together with wheat starch, which contains gluten. When in doubt, opt for real crab. If it's not in your budget, Transocean's Simply Surimi and Crab Classic imitation crab products are gluten-free.

Be a Label Reading Guru

Gluten is everywhere. The only way to avoid it entirely is to educate yourself about its aliases and read labels for every product you buy. Fortunately, many companies recognized the need to offer gluten-free options so there's more selection than ever before. Over time, you'll learn which products and foods are gluten-free and safe for you and your family.