Legal abortion is safe and effective and gives women another option in making difficult reproductive and family planning decisions. Although the risk of injury and death are small, abortion is a highly controversial, public topic in the United States. Weigh the pros and cons because every woman has her personal reason for choosing to terminate her pregnancy, and it is rarely an easy decision. 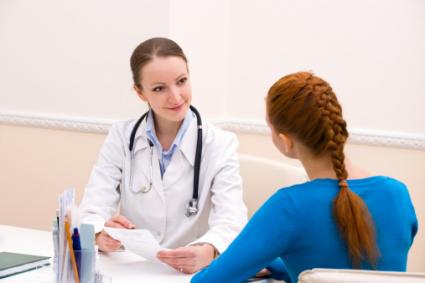 Statistics from providers of abortion services, such as Planned Parenthood, show legal abortion is safe and has physical, psychological, social, and financial pros and benefits for the women who must choose to have one.

The risks of complications and death from legal surgical and medical termination of pregnancy procedures are small. Recovery after an abortion is also simple.

Complication rate: Based on 2005 statistics from the National Abortion Foundation, the overall abortion complication rate is 0.06 percent. In a more recent four-year study of 11,487 abortions between 2007 and 2011 published in 2013 in the American Journal of Public Health, the authors reported:

Easy access to legal termination of pregnancy reduces women's risks for severe maternal complications or death seen in the past from botched, illegal abortion procedures. According to a 2003 review in Perspectives on Sexual and Reproductive Health, the numbers of illegal procedures and their consequences gradually declined in the years after the U. S. Supreme Court legalized abortion in the 1973 Roe v. Wade ruling. The risks of maternal injury and death are substantial in countries without legal abortion, according to a 2009 Reviews in Obstetrics and Gynecology article.

Most Abortions Are Done Early in Pregnancy

If you have no choice but to have an abortion, doing the procedure in the early weeks of your pregnancy is less risky and likely to be less stressful than in later weeks. One of the pros of access to legal abortion services in the U. S. is that most procedures are done in the first trimester. This is long before the fetus has any chance of being viable outside the womb.

Based on 2010 U. S. abortion statistics from a March 2016 Guttmacher Institute review:

The more advanced your pregnancy, the greater the risk of negative outcomes. Based on data from the 2012 Obstetrics and Gynecology study cited above:

Abortion Empowers a Woman to Choose for Herself

Legal abortion empowers you to make decisions about your own reproductive choices, including pregnancy termination. Under the 1973 Roe v. Wade Supreme Court ruling, you have a legal right to seek to abort an unintended, unwanted, or abnormal pregnancy if you are faced with financial or other barriers to having a child. A 1992 US Supreme Court case reaffirmed this constitutional right to an abortion.

Like many women, you may be in an unstable life and have to choose an abortion to avoid psychological and financial difficulties. According to a study of 2008 abortion statistics reported in 2012 in the Journal of Family Planning and Reproductive Health Care, 57 percent of U. S. women who chose to have an abortion had multiple "disruptive social and financial reasons" for doing so.

Increases the Chance of a Better Future

Access to legal abortions gives you the freedom for a chance at a better financial future. Women who abort an unplanned pregnancy have less risk of becoming victims of a cycle of poverty. Another analysis of the data from the 30 U. S. abortion centers, published in 2015 in BioMed Central Women's Health, found girls and women who were denied an abortion had a greater risk for school drop-out, unemployment, future financial problems, and a need for government assistance. This is especially true for teenagers, who may have to drop out of high school during pregnancy or after giving birth.

Abortion may reduce your risk for short-term mental health problems related to your pregnancy compared to women who cannot abort their pregnancies. The inability to get an abortion for an unintended pregnancy or unwanted pregnancy can be stressful for some women. Based on a 2014 analysis of the data from the previously cited BioMed Central Women's Health study, women who are unable to abort an unintended pregnancy might experience a higher level of short-term stress than those who had an abortion. 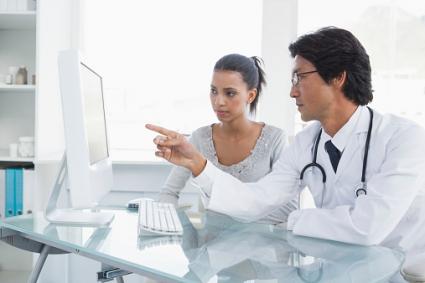 In addition to the small risk of complications and death, legal abortion might have psychological consequences for some women. It also comes with controversies that might make it difficult for a woman to access abortion services or decide what's personally and medically right for her.

There Is a Possibility of Complications

The 0.05 percent risk of surgical and medical abortions is low, but the complications can be serious, and some can lead to death if not recognised and treated. These include:

Potential psychological consequences from an abortion is a controversial topic with conflicting evidence. Some studies conclude abortion puts women at greater risk for long-lasting psychological problems. For example, a 14-year study published in 2011 in the British Journal of Psychiatry found women who had abortions were at increased risk for mental health problems, including anxiety, depression, substance misuse, and suicidal behaviour.

On the other hand, a 2011 Social Sciences and Medicine analysis found few women experience prolonged mental disturbances after an abortion. Those who did were more likely to have a mental illness, such as a major depression or anxiety illness, before the procedure.

Abortion May Be Expensive

The cost of abortion procedures might make it difficult for you to afford to terminate your pregnancy. Many women who choose to have an abortion are poor, unmarried, and uninsured, according to a 2008 survey on the characteristics of U. S. abortion patients by the Guttmacher Institute reported in May 2010.

Other researchers also did a survey of abortions done in 2011 and 2012 at all U. S. abortion facilities. They reported the median costs of an abortion in a 2014 Women's Health Issues publication as follows:

Sixty percent of the women in the study delayed an abortion because of difficulty paying for the procedure.

Besides cost, one of the difficulties of getting an abortion in the U. S. is finding a place to go to that is accessible and safe. This can delay your access to getting your abortion done in the first trimester. You may have problems with access in your area due to harassment or state-imposed restrictions on abortion providers or clinics.

State restrictions and other challenges might mean you have to travel out of state to get your abortion done as soon as possible.

One important potential area of conflict, which can become a major battle, is the rights of the father of your pregnancy during your abortion decision-making. In the U. S., according to FindLaw.com, the father of your pregnancy has no legal rights in your abortion process - neither in signing the consent for the procedure nor to be notified of the decision to proceed. Nevertheless, unless there are safety issues, because this problem can be emotionally and otherwise challenging for both of you, it might be important to engage a counselor or lawyer to be part of what could be a difficult discussion.

Legal abortion is a controversial, heated, political topic in the U. S. Your personal decision-making whether to have an abortion might be stressful when you are surrounded by the public debates between pro-choice and pro-life advocates. Much of the controversy has to do with questions of when life begins, the rights of all versus the rights of your unborn child, and the ethical and religious principles of the sanctity of life. If you are struggling before you make this important decision, get the counseling and advice you need from your doctor, family member, close friend, or a minister you trust.

Weigh the Pros and Cons

Legal abortion procedures are safe and effective and protect you from the risk of illegal abortion. The risk of injury is low but on the other hand, can be life-threatening if not recognized. Weigh the pros, cons, and controversies of abortion to help you decide on the path you want to take. Talk with your doctor or others you trust if you need help to make your decision.