It is normal to have cyclic menstrual bleeding at the end of a packet of birth control pills or other hormonal contraception. Some women, however, might experience irregular, or breakthrough vaginal (uterine) bleeding on these types of birth control. Other birth control methods can also cause irregular bleeding.

Monthly menstruation is the normal pattern of vaginal bleeding with traditional birth control pills. Any other pattern or type of bleeding is abnormal uterine bleeding, or breakthrough bleeding. The irregularity of the pattern depends on how your uterine lining (endometrium) responds to the hormones in the pill. 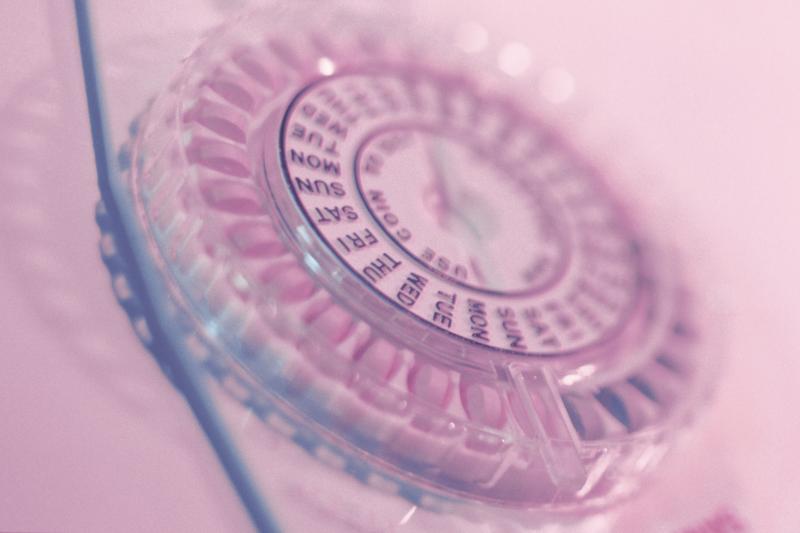 The conventional birth control pills reproduce regular, normal menstrual bleeding - which tends to be lighter and shorter. The pills work as follows:

With the more recent extended birth control pill regimens, you get menstrual bleeding during the five days of placebos at the end of three months or a year of hormones.

Breakthrough bleeding (BTB) on birth control pills or other types of hormonal contraceptives means bleeding at any time other than menstruation at the end of a cycle of hormones. The bleeding can be spotting or heavier, last a few days or longer, and might occur because of any of the following reasons:

If you have BTB on the pill, your doctor might advise you to wait a few more cycles to see if the problem stops. Alternatively, he might suggest changing to a different pill that contains different hormones or doses, or switching to a different type of contraceptive. The options depend on the amount of bleeding, how long you have been on the pill, and the rest of your medical history.

Bleeding on Other Hormonal Contraception 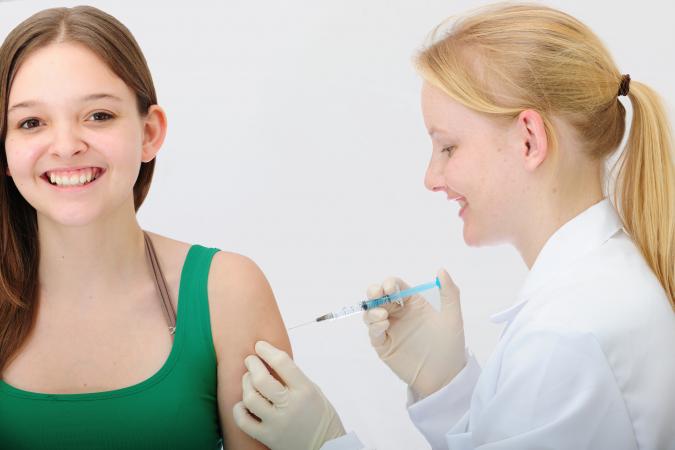 Cyclic menstrual bleeding can also occur with other hormonal contraception. The regular interval of bleeding depends on the type of hormonal birth control, which include the following:

Irregular, breakthrough bleeding is most common on Depo-Provera and the other progestin-only hormonal options. BTB can occur at any time during a cycle and can be spotting or heavier.

The causes of bleeding with these hormonal contraceptives are similar to those noted above for birth control pills, including:

As with the pill, your doctor might suggest observing for one or more cycles or changing to a different birth control option. 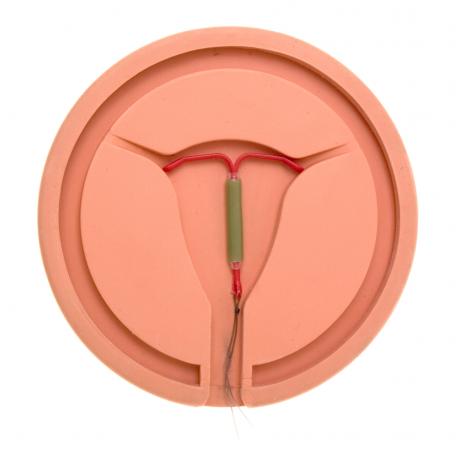 Vaginal bleeding can occur with the two types of intrauterine contraceptive devices (IUDs) available in the U. S. ParaGard is a copper IUD and contains no hormones, while the hormonal IUD, such as Mirena, contains only a progestin, levonorgestrel. With both types of IUD, you get regular menstruation once a month.

Irregular, or breakthrough bleeding can also occur with IUDs:

Depending on the pattern or the amount of bleeding and the rest of your history, your doctor might suggest removing the IUD and a doing further evaluation.

Other Causes of Bleeding While on Birth Control

It is important to know that while on birth control, you can have irregular vaginal bleeding because of other causes unrelated to the contraceptive. These causes include:

A complete evaluation by your doctor will determine if any of these problems is the source of your bleeding instead of your birth control method.

Potential Causes of Prolonged Bleeding While on Birth Control

If breakthrough bleeding becomes heavier than a period and continues through the month, you will need to visit your doctor to rule out any other underlying issues.

Note that birth control pills or hormonal IUDs are used to treat irregular bleeding or heavy periods during the transition to menopause. However, undiagnosed abnormalities of the endometrium, more common around menopause, can cause irregular of heavy uterine bleeding, despite being on these contraceptives.

Can Bleeding While on Birth Control Be a Sign of Pregnancy?

There is the possibility that bleeding while on birth control could be a sign of pregnancy. However, pregnancy can not be conclusively determined by this symptom alone.

It is important to know that some of the early signs and symptoms of pregnancy are similar to the side effects of birth control. Implantation bleeding is one of the early signs of pregnancy. This occurs when a fertilized egg implants in the uterus. Side effects of birth control can include breakthrough bleeding or lighter periods. Therefore, implantation bleeding may be mistaken for breakthrough bleeding. If you are concerned that you are possibly pregnant and notice any additional signs or symptoms of pregnancy, you should take a pregnancy test and contact your doctor.

Can Anything Be Done to Stop Breakthrough Bleeding?

In general, nothing can be done to immediately stop breakthrough bleeding while on birth control. If the bleeding persists, your doctor may decide to try a different type of birth control that has increased amounts of estrogen and progestin. An alternative form of birth control may be an option as well.

Keep track of any episode of bleeding on a menstrual cycle chart. Record how many sanitary pads or panty liners you change within an hour and throughout the day.

Note any associated symptoms, such as pelvic pain, fever, vaginal itching or burning, or lightheadedness or fatigue that might be due to the loss of blood. This is all useful information to help your doctor diagnose the cause of your bleeding.

When to Consult Your Doctor

You can track your breakthrough bleeding for three months if it's just spotting or light. However, don't wait to see your doctor if:

If you have heavy bleeding, you should seek immediate medical attention, especially if you feel faint. In addition, it is important to be evaluated without delay for a miscarriage or an ectopic pregnancy if you have a possibility of being pregnant.

Related & Popular
Female Condoms: Pros, Cons, and How They Work
By Julie Kirk
Perfect Poems for Expecting Parents
By Kelly Roper
Baby Gender Pencil Test
By Dana Hinders
How Can You Tell the Difference Between Stomach Flu and Morning Sickness?
By Dr. Vilma Ruddock
Calculating Your Approximate Conception Date
By Beth Asaff
How Does Being Pregnant Affect a Teenage Mother?
By Janelle T King, MPH, BSN, RN
Pregnancy Chances and Risks After Endometrial Ablation
By Dr. Vilma Ruddock
Free and Low-Cost DNA Paternity Testing
By Julie Kirk
Wedding Ring Gender Test
By Jessica Gomez
Can Pregnancy Affect Orgasms?
By Dr. Vilma Ruddock
29 Truly Thoughtful Gifts for Pregnant Women
By Amy Finley
FDA Advice on Tylenol PM During Pregnancy
By Julie Kirk
Using the Chinese Calendar to Conceive a Boy or a Girl
By Gabrielle Applebury
How to Feel Your Uterus in Early Pregnancy
By Dr. Vilma Ruddock
World's Biggest Pregnant Belly
By Myrrh Hector
Belly Test to Determine the Gender of a Baby
By Ella Rain
© 2022 LoveToKnow Media. All rights reserved.
Causes of Breakthrough Bleeding While on Birth Control