An ectopic pregnancy occurs when a fertilized egg implants outside the uterus. This can be a serious medical condition, so it is important to get a diagnosis quickly.

Normally, a woman becomes pregnant when sperm fertilizes an egg. The egg then travels down the fallopian tube, and into the uterus where it attaches and grows. However, in some pregnancies, the egg fails to attach to the uterus. Instead, it implants in another area of the body, often one of the following:

Who Is at Risk?

Although any woman can have an extra-uterine pregnancy, the Mayo Clinic says that women with the following conditions are at the highest risk:

The use of the morning-after pill might also increase your chances of having an extra-uterine pregnancy.

Symptoms of an Ectopic Pregnancy 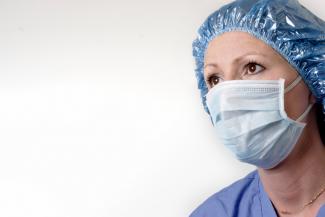 A woman with an ectopic pregnancy may feel the same early pregnancy symptoms that she might with a normal pregnancy. What will normally cue her at first that something is wrong are sharp pains in either the pelvis or abdomen that don't go away. According to the National Institutes of Health, other common symptoms include the following:

Unfortunately, there is no way for an ectopic pregnancy to survive since the fertilized egg is implanted in an area too small for a growing fetus.

An extra-uterine pregnancy can endanger the life of the mother if the organ where the egg is implanted ruptures, so there are several possible types of treatment. When the pregnancy is caught early enough, a methotrexate injection may dissolve the egg, which will then be absorbed back into the body. If the pregnancy has progressed further, surgery on the fallopian tube may be required. In many cases, it can be treated via laparoscopy, which is a less invasive form of surgery resulting in a smaller scar than a normal surgical procedure. Sometimes, if the pregnancy looks like it is ending on its own, the doctor will just watch and wait without interfering.

Can I Get Pregnant Again?

As noted by The Ectopic Pregnancy Trust, in most cases, women who have had extra-uterine pregnancies can get pregnant again even if one tube is damaged. Your chances of conceiving again are largely dependent on the extent of the damage and the type of surgery required to repair or remove any damaged organs. Once you have had this kind of pregnancy, the risk of having another one increases, so it's important to see your Ob/Gyn right away if you get pregnant to rule out a tubal pregnancy. The risk of a repeat ectopic pregnancy is between 10-25%

Depending on the type of damage caused by the ectopic pregnancy, some women may need IVF procedures to get pregnant.

When Should I Call the Doctor?

If you suspect you are pregnant again after an ectopic pregnancy, it's best to schedule a healthcare visit as soon as possible. If your healthcare provider suspects a pregnancy that isn't developing correctly, he will suggest doing comparison hCG levels and an ultrasound. HCG (human chorionic gonadotropin) is a hormone produced by the placenta. If the hCG levels are lower than expected, a chance exists you are experiencing an extra-uterine pregnancy. Your OB provider will examine you with a pelvic exam, further hCG level tests, and an ultrasound to confirm a viable pregnancy. Don't wait to find out.

Being pregnant can be a very exciting time. Although ending an ectopic pregnancy is necessary to protect a woman's life, it can be just as sad as losing a pregnancy to miscarriage. If you've had this type of pregnancy, don't be afraid to take time to grieve. Your partner, family, and friends may be able to provide support. If you're having trouble coping, your doctor or midwife may be able to connect you with a counselor who can help.