Women who are thinking about becoming pregnant in the future need to be aware of the complications of ectopic pregnancy and STDs.

An STD is a sexually transmitted disease. You can easily get an STD if you have unprotected sex. Protected sex means that you use a condom each time you have sex.

There are many STDs you may have heard of such as:

There are some less talked about, but still dangerous STDs like:

There are also infections that can make you more susceptible to contracting an STD or be an end result of an STD such as:

What Is an Ectopic Pregnancy?

If an ectopic pregnancy does not resolve on its own, treatment in the form of surgery or medication is necessary. A pregnant woman can usually tell if she's experiencing an ectopic pregnancy because she will feel intense pain on one side of her body low in her abdomen. This pain is not the same as nausea during early pregnancy. Instead, it will feel sharp and will start occurring usually from the sixth to twelfth week of pregnancy. Back pain, breast tenderness, and other typical pregnancy symptoms may occur as well.

If treatment is not provided, a woman can go on to have increased pain, vaginal bleeding, hemorrhage, fallopian tube rupture, and, in rare cases, death. The sooner treatment is sought the better.

The Relationship Between Ectopic Pregnancy and STDs

A pelvic infection is an infection in the reproductive organs: the uterus, fallopian tubes, and ovaries. Pain during sex, abdomen pain, severe nausea, chills, vaginal discharge with an odd or unpleasant smell can all indicate a pelvic infection. You should always see a doctor if you even slightly suspect a pelvic infection. The longer you wait, the higher your chances of becoming sicker. You could also experience increased scarring, which is a huge contributor to ectopic pregnancy.http://love2publish.lovetoknow.com/title/48113/edit

How STDs can cause an Ectopic Pregnancy

Women are lucky because they have a built in pelvic infection defense: the cervix, which fights against bad organisms from entering the reproductive organs area.

Sexually transmitted diseases such as chlamydia and gonorrhea are two of the big offenders. Ectopic pregnancy and STDs are a team because untreated chlamydia and gonorrhea damages the cells lining the fallopian tubes. On a more severe scale, they can damage the actual tube by causing scarring and blockage. A fallopian tube that is damaged is far more likely to result in an ectopic pregnancy.

The cell lining of the fallopian tube is technically called cilia. Cilia transport an egg along it's way until it meets the uterus. When the cilia is damaged due to STDs and infection, there is no transport system available, leaving an egg to rest in the fallopian tube. For the same reason, a blockage caused by STDs and infection will also cause an egg to look for another place to implant. 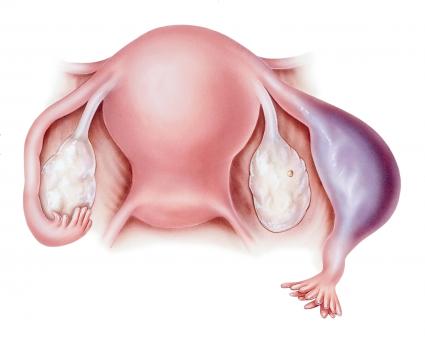 You can't do anything to ensure a 100 percent trouble free pregnancy. However, when it comes to ectopic pregnancy and STDs, you can greatly increase prevention odds if you practice safe sex.

Studies show that safe sex works. One large study shows that when barrier contraceptive use goes up, both STDs and ectopic pregnancy rates go down. Using a condom and limiting your sexual partners is a good way to reduce your chances of experiencing an ectopic pregnancy.

Planning to have children someday is the best reason to be cautious. The most common reason women have an ectopic pregnancy is because they've had one before. Knowing that you can lower you odds of having even one by just practicing safe sex is something to consider.

Lastly, an ectopic pregnancy is still a pregnancy loss. It's normal to be really mad or upset.