The path to opiate addiction starts with the first pleasurable "rush" of the drug. However, the point at which habitual opiate misuse or abuse transitions to the compulsive drug taking and craving of addiction will vary from user to user and depends on several factors.

Opiates and the Path to Addiction

After starting an opiate, it might take some opiate users a few weeks and others months to crave their drug or display the classic drug seeking behaviors of addiction. There are no reliable sources of information on a precise timeline. How long it takes to become addicted will depend on factors such as: 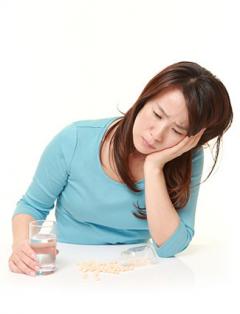 According to the New England Journal of Medicine, short-term use of prescription opiates for pain, taken as prescribed, is not likely to cause addiction. Addiction is not common, even for people in longer treatment of chronic pain with monitored doses of prescription opiates such as hydrocodone (Vicodin) or oxycodone (Oxycontin), according to Harvard Medical School. Many of them might develop tolerance and have to take higher doses of the drug, or physical dependence, which causes withdrawal symptoms if they suddenly come off the opiate, but they are less likely to become addicted.

If you misuse or abuse a prescription opiate several times a day in increasingly higher doses, or more often than prescribed, the time to addiction may occur in only a few weeks. This is especially true if you abuse it by alternate routes, such as injecting, smoking, or snorting, or you use it for the euphoric pleasure. According to the American College of Preventive Medicine, with frequent use of higher and higher doses of an opiate, the quicker your tolerance develops, and the quicker addiction can set in.

Potent, quick-acting opiates, such as the illegal drug heroin, act quickly to imprint the memory of the pleasure of the drug on the brain, according to NIDA. In addition, heroin is injected, smoked, or snorted and reaches the brain more quickly than prescription pills. Therefore, frequent use and abuse may rapidly cause addiction in weeks, especially if taken in high doses.

Other individual factors can influence how long it takes a person to become addicted to opiates:

When you misuse or abuse prescription opiates or use heroin frequently, you may become addicted in weeks to months depending on your level of use and your risk factors. Assess your risk for becoming addicted because the more susceptible you are, the quicker you may travel down the path to addiction.