Too much sodium can lead to high blood pressure and heart disease but believe it or not, too little sodium is dangerous, as well. It's a delicate balance to be sure sodium levels are within a healthy range to avoid effects of sodium deficiency.

How to Check Sodium Levels

To check sodium levels in your body, see a healthcare provider who can measure sodium with a blood or urine test. Such tests show how much sodium is present in your blood (or urine) to determine if your body is deficient in this essential nutrient. Your doctor may have you temporarily stop taking certain medications that could alter test results. Abnormal sodium levels may be a sign of an underlying medical condition, drinking too much water during endurance training, or excessive sweating. Getting too little dietary sodium is also a cause of low sodium in the body.

A safe level of sodium depends on the type of test performed. According to MedlinePlus, a normal blood sodium range is 135 to 145 mEq/L, and a normal urine sample value is generally 20 mEq/L.

Effects of Too Little Sodium

When sodium levels in your body are too low, also known as hyponatremia, you can experience some unpleasant and even dangerous side effects.

Feeling tired and loss of energy are some of the first signs sodium levels are low, says Mayo Clinic. If you're feeling more sluggish than usual and think it might be due to low sodium, boost sodium-containing foods to see if the tiredness subsides. 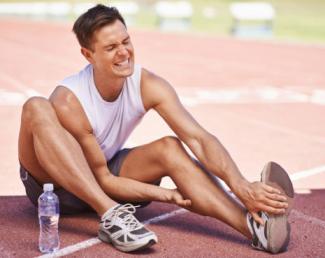 Believe it or not, muscle cramping (and spasms) can indicate sodium deficiency. This is because sodium is an electrolyte, and the right balance of electrolytes is crucial when it comes to proper muscle contraction and sports performance.

Feeling irritable or restless is another side effect that can happen from low sodium, says the National Kidney Foundation. However, this symptom (if you experience it) might be more difficult to diagnose, as many other health conditions can cause irritability. So if you're feeling a little on edge and have other sodium deficiency symptoms, it's probably time to check in with your doctor.

Sodium is an essential nutrient needed to maintain proper cell function, especially in brain cells. MedlinePlus says abnormally low sodium levels cause water to move into cells making those cells swell, and brain cells are particularly sensitive to this type of swelling. That's why confusion can occur when sodium deficiency happens. 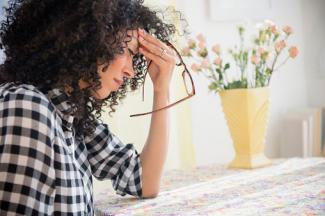 Many health conditions are causes of headaches, but low sodium is one of them you shouldn't overlook. If your head is hurting all of a sudden (and not going away) or if you suffer from chronic headaches, it's probably time to evaluate dietary sodium intake and have your doctor check blood levels.

Just like high-sodium diets can cause high blood pressure, getting too little dietary sodium can lead to low blood pressure, says the National Kidney Foundation. Low blood pressure may cause feeling faint or dizzy (and can be dangerous), so have your blood pressure checked regularly (or check it yourself at home) to be sure it's within a healthy range.

One more symptom to watch out for if you have sodium deficiency is nausea and vomiting. Numerous other causes of nausea and vomiting exist, but don't rule out sodium imbalance as one of them and have your blood levels checked just in case.

Sodium deficiency is no laughing matter and because sodium is involved in proper cell function and nearly everything that goes on within your body, drastic reductions in sodium or underlying health conditions can cause your body to begin shutting down. Seizures, coma, and even death are some of the more serious side effects that can happen with hyponatremia.

There are several causes of low sodium to be on the lookout for. If you're getting very little sodium in your diet and sweating a lot (as in the case of some endurance athletes), you may run the risk of hyponatremia. That's why it's best to drink a sports drink (or consume other snacks) containing electrolytes if you'll be working out longer than an hour. A full list of causes of low sodium includes:

If you've been diagnosed with low sodium or just have hunch low sodium is to blame for unpleasant symptoms, try gradually boosting dietary sodium:

Getting the Right Balance

To make sure you're taking in the right amount of dietary sodium, have your doctor check your sodium and blood pressure regularly. Too much salt can be detrimental to your health, but so can steering clear of sodium.