Women taking Phenergan during their first trimester or beyond may be concerned about its safety. In 1979, the United States Food and Drug Administration introduced a classification system for the use of prescription drugs during pregnancy. Classification categories are A, B, C, D, or X. Phenergan is a category C drug. As documented in the 4th edition of Drugs in Pregnancy and Lactation, for this category of medications, one of the following two is true:

In category C, drugs should be given only if the potential benefit outweighs the possible risk to the fetus.

Studies and correspondences from the FDA seem to focus on non-teratogenic effects, meaning those effects that do not directly affect the development of the fetus.

Safety for the Mother

Phenergan side effects in pregnancy may also be potential for the mother. Along with the respiratory depression mentioned above, injected Phenergan also carries the risk of chemical irritation and tissue damage, with the most severe issue being tissue necrosis and gangrene, or the infection and decaying of skin. This may result from leaking of medication into the tissue surrounding the vein, unintentional injection into arteries, and injection of the drug into a nerve or surrounding nerve tissue, according to Epocrates. Surgical intervention may be required in some cases. 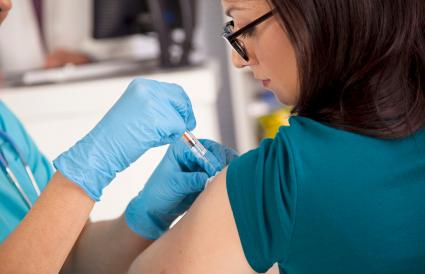 Can Phenergen Cause Birth Defects?

If a woman takes Phenergan while she's pregnant, it is unlikely that it will affect her developing baby. There does not appear to be any connection to Phenergan and birth defects. Studies have shown that there is no evidence of an increased risk of the birth defects when taken in the first trimester. The benefits of taking Phenergan appear to outweigh the risks when it comes to alleviating the symptoms of nausea and vomiting during pregnancy. If there are any questions, the doctor will discuss any concerns or any potential risks regarding this medication.

If a doctor tells a pregnant woman Phenergan is safe during pregnancy, she may trust her doctor knows what's best for her and her baby, assuming the doctor is aware of the current research relating to the treatment of nausea and vomiting during pregnancy. It is always a good idea for a patient to do independent research before agreeing blindly to a new medication. Pregnant woman should make informed decisions about their health and the safety of their unborn babies. When making a decision, it is essential to weigh the benefits against the risks. Potential benefits include:

The More You Know

The lack of definitive information on treatments for nausea during pregnancy, including Phenergan, can be frustrating for a pregnant woman trying to make treatment decisions. The best way to become informed is to research what studies say about the proposed treatment. This empowers expectant mothers to make informed decisions with the help of their doctors versus simply handing over responsibility for her baby and body to someone else. Once thoroughly informed, a mother should feel confident in knowing she has elected the best possible treatment measure for her and the baby to be.